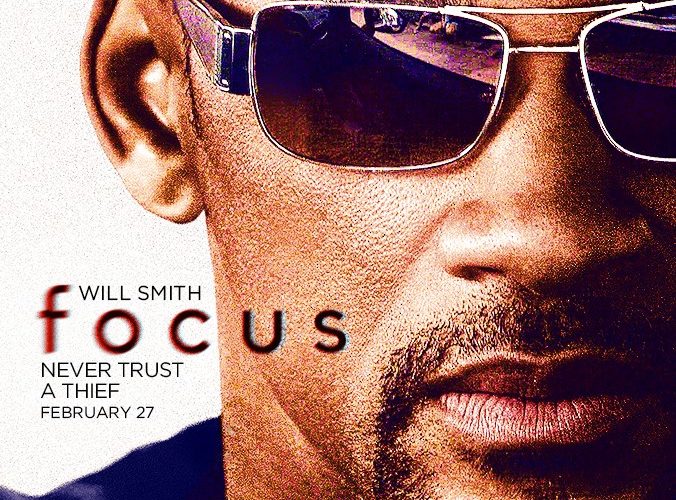 Before they team together for David Fury’s Suicide Squad, Margot Robbie and Will Smith will be testing their chemistry in a non-superhero drama. Directed by Glenn Ficarra and John Requa, the duo behind Crazy, Stupid, Love. and I Love You Phillip Morris, Focus tracks our leads as con artists that have a former fling that reunite for another robbery.

Following our first trailer, the second full-length preview has dropped, which sets up a bit of the drama but mostly glides by on the charms of the two leads, something which will hopefully continue in their next feature. Check it out below, along with a trio of Instagram-friendly posters for the film also starring Rodrigo Santoro and Gerald McRaney. Will Smith stars as Nicky, a seasoned master of misdirection who becomes romantically involved with novice con artist Jess (Margot Robbie). As he’s teaching her the tricks of the trade, she gets too close for comfort and he abruptly breaks it off. Three years later, the former flame—now an accomplished femme fatale—shows up in Buenos Aires in the middle of the high stakes racecar circuit. In the midst of Nicky’s latest, very dangerous scheme, she throws his plans for a loop…and the consummate con man off his game.