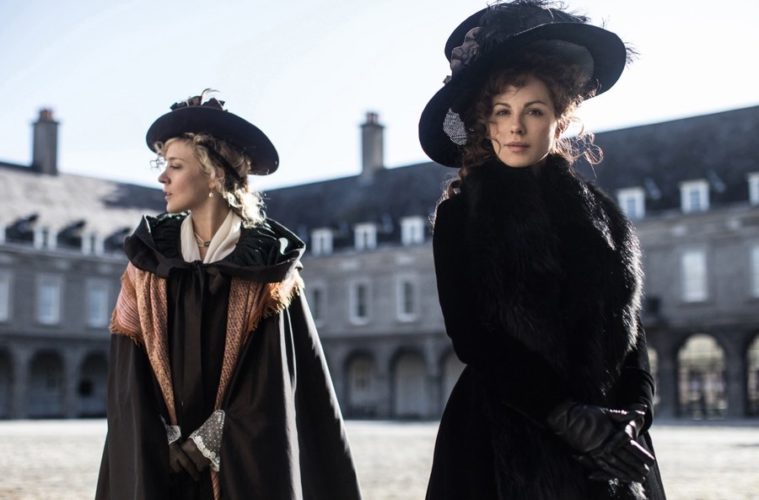 Ever since his indie breakout Metropolitan in 1990, Whit Stillman has built a specific kind of comedy within class structure. From the strait-laced businessmen struggling to break free of themselves in Barcelona to the ambitious, two-faced college girls in Damsels in Distress, Stillman finds the laughter in the deviousness of human nature.

Love & Friendship, his fifth film, premiered at Sundance and is set to be released by Amazon Studios and Roadside Attractions this spring. Adapted from Jane Austen‘s little-read, barely-published novella ‘Lady Susan,’ the costume-drama setting and biting social commentary allows for some of the funniest moments in Stillman’s career. It’s as though Austen was writing for a filmmaker like Stillman to adapt her. It’s a true match made in heaven.

Check out our conversation with the director from Sundance 2016 below.

The Film Stage: Was this adaptation something that you had in your back pocket for some time?

Whit Stillman: Yeah. This has been in my back pocket since the beginning of  2000s I’d say, maybe even earlier. The first correspondence I could find when I was talking to someone about it was 2004. But I wanted to do it kind of on my own without pressure or big commitments and just let it ripen. Because I knew it was going to take forever to get this from the letters going back and forth in the 18th century style to something dramatized comedy that could work.

What’s interesting about Lady Susan (played by Kate Beckinsale) is that in a lot of ways she is one of the most socially progressive characters Austen’s written.

That’s one of the reasons I think Austen didn’t publish it. She was too skeptical of the character.

Because you can see the Emma Woodhouse, from Austen’s novel Emma, in the character without the optimism…

Yeah, it’s kind of the dark version of Emma.

It’s a very funny movie. The James Martin character (Tom Bennett) is such a bright spot of comic relief. When you’re making this film and you’re adapting a Jane Austen novella from centuries before, is there a struggle, an alchemy, where you don’t want him to be so silly that it comes off disingenuous or feels displaced from the rest of the film?

Yeah, like, last night [at the premiere], for instance. When I saw it I thought that maybe when we did the sound [mix] we made his silly carings-on in the dancing scene too noticeable. So before we had the sound in, he was there, but there was other stuff going on in the dancing scene. Now it’s all about him being silly, and we don’t get Frederica’s suffering, so it takes some of the emotion out of it. If I got the chance to do the sound again I’d change it.

Can you go back and do the sound again?

I think maybe when it goes to DVD.

And this is Amazon Studios, which is new for you. How was this foray in new platform?

Well, I know some of the people from The Cosmopolitans, the TV show, and then I know other people who are long-term friends in the film business so it was kind of a familiar thing.

So it sounds like it was a good experience.

Very good. I mean, it’s just starting but it’s been very good. I’ve had a great time with Amazon, I’ve saved my bacon. They did a deal early on right when they were just starting to buy the remake rights to Metropolitan, which kept me in shelter for a while.

Yeah, it’ll be interesting to see with this film, The Cosmopolitans, Woody Allen’s show. There are a lot of things Amazon’s doing, going right at Netflix.

One thing that struck me in this movie: it’s amazing how the language we’ve come to expect from your films in general – class structure, manipulation of emotions – is so timeless. How was writing this – as you said, ‘adapting letters’ – to fit into your cinematic world, adapting the letter correspondence style?

Well, it kind of freed me from a lot of criticisms people have from my other films. The idea of a certain kind of realism and people saying things like ‘oh characters in films don’t talk this way.’ A lot of my friends say that criticism isn’t true; that their group does talk that way. But that’s not the point. The point is what sort of test of realism are you going to apply to everything and I think it’s generally a bad test. Things can work really well and not be entirely realistic and often they can be better than realism. We love the old James Bond films. They weren’t realistic, but they’re delightful. And the great 30s films. The Awful Truth with Cary Grant and Irene Dunne. It’s not realistic; it’s just perfect. And so, doing it in the end of the 18th century, if people speak in complete sentences and paragraphs and are quite articulate, I really doubt people are going to say ‘oh, that isn’t truthful. Why aren’t they saying the F-word every three sentences? Or every two words? Is more like it.’

It kind of liberates me. I don’t really like showing contemporary apparatus in my films because I think in two years it’s going to look ridiculous and so I try not to show stuff like that in my films. Like cell phones, there’s no mobile phones. Like a lot of people say ‘Oh, there’s no mobile phones in Damsels in Distress.’ Okay, there is one. And there were more things, we had computers and stuff in certain scenes. But, one thing or another, there’s only one cell phone at the end of the film, but like, who cares…give me a break. Do you really want to see people sending text messages to each other? And so, it’s a choice. And the idea that someone can’t enjoy a film because everyone isn’t staring into a smart phone, particularly when it’s these girls trying to re-create a 1950s utopia.

Well, it’s interesting, with that film. There’s a screwball element, you know, and comedy’s changed so much. Speaking to The Awful Truth and those movies, Trouble in Paradise. You watch them and that style is so lacking now. Those mannerisms have gotten somewhat lost. But what is nice, it would seem, with the Amazons and Netflixs, there’s an ability to carve out these niches where there’s an audience for that and a scenario where it can be seen.

Moving on. When you’re developing something like this, is it Kate Beckinsale and Chloe Sevigny from the start?

It’s kind of a strange thing because Kate, in all of our heads, was the right person for the role. But, with the eccentricities of the film business, her casting wasn’t confirmed until very late. Chloe [Sevigny] was on for longer. The first person who was cast was Morfydd Clark, who played Frederica. And that’s kind of a milestone for a film. When we find an actor who’s right for the role it kind of makes the project come to life, and James Fleet, who plays the father, Sir Reginald DeCourcy, he was cast early. We met Jemma Redgrave (who plays Lady DeCourcy). I met Tom Bennett (Sir James Martin), but there were two other guys who were really good for that part. Things just started falling into place and it makes it real when you have people who can do the parts.

It is great seeing Kate Beckinsale dig into this material when you have that thing of studios and this terrible thing for women over 40 where roles become scarce. So to see her devour this role is wonderful to watch.

I’m not sure if it’s that she just hasn’t seen these type of scripts or she has a big deal, big film career, and not all of her advisors would want her to do this film. I would say they’re short-sighted. They only want to plough the same big budgets. They want to get their commissions, to be honest. And we’re really lucky that she’s being represented by a great agent at UTA who really cares about the material and really knew that this would be great for Kate. You know, an agent who is really smart and insightful can really improve the odds of a project happening, so she really went to bat for our project and really helped us with the casting of Kate. If it had been at one of the huge, behemoth, mercenary agencies maybe we wouldn’t have had our phone calls returned.

What’s next after the festival for you?

And do you know how many episodes?

And you start shooting soon then? Love & Friendship premiered at the 2016 Sundance Film Festival and will be released by Amazon Studios and Roadside Attractions on Friday, May 13th.