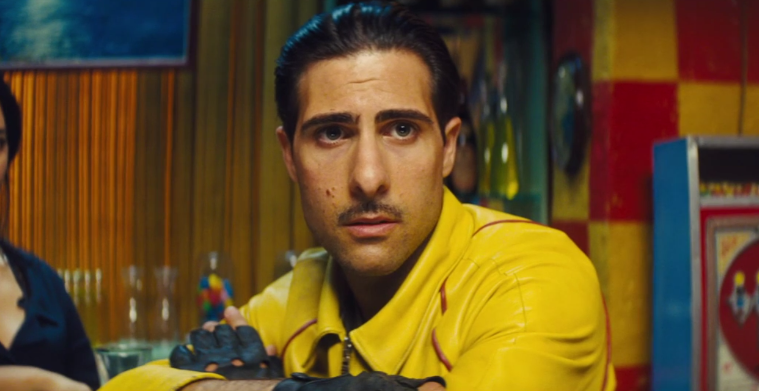 As we count down the days until the release of Wes Anderson‘s eighth feature film, the fantastic-looking The Grand Budapest Hotel, today brings a treat that should hold fans over for the time being. After teaming with Prada for a three-minute ad, the director has returned with a new short film he wrote and helmed, running nearly eight minutes.

Taking place in 1955 in Italy, Castello Cavalcanti follows his frequent collaborator Jason Schwartzman as race car driver Jed Cavalcanti who suffers a mishap during the Motle Miglia rally and finds himself in a small town with a few familial surprises. It’s a gorgeous work of art, shot by Darius Khondji (The Immigrant, Amour, Midnight in Paris) and featuring a score by Alessandro Casella and Randall Poster. One can check it out in full below, as well as a poster and batch of behind-the-scenes stills. Castello Cavalcanti will screen at Rome Film Festival, while The Grand Budapest Hotel premieres at Berlin ahead of a March release.