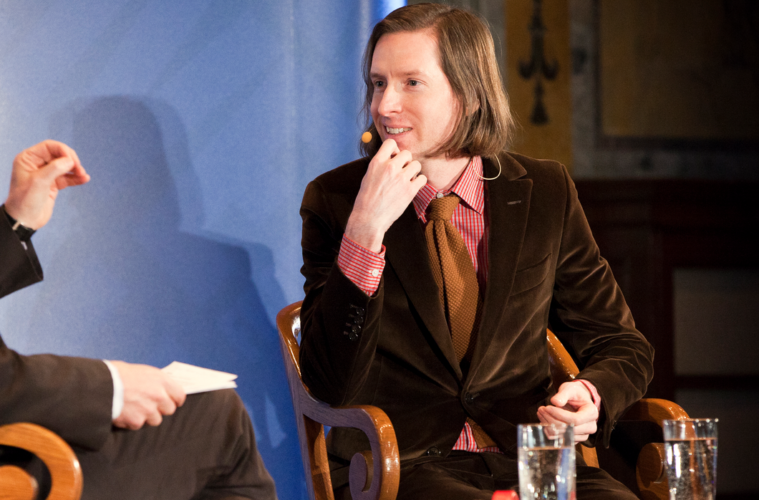 With the film crossing the $1 million domestic mark in less than a week — at 4 theaters, no less — there’s still a great deal of prospective audiences who have yet to get the chance to see Wes Anderson‘s The Grand Budapest Hotel. While more will get a chance this weekend, to help with the wait (or if you’ve already seen the film), we have another great extensive chat with the director, not to be confused with another 90-minute conversation he did with Ralph Fiennes.

This one was conducted late last month at New York Public Library with the inquisitive Paul Holdengräber. With a variety of his clips and influences spliced in, Anderson dives deep on the cultural works that have made an impact on his career. From François Truffaut to his experience of Through a Glass Darkly being his first Ingmar Bergman film and The Discreet Charm of the Bourgeois being his first Luis Buñuel feature, he talks about how tastes can change depending on where one is in their life.

Check out the full conversation below, as well as a new red band trailer, which includes a few cussing words, some nudity, Fiennes getting pleasured, moments of violence, and more. We’ve also included a list of cities of where it’ll arrive this Friday, and another bonus.

As a bonus, check out a recent mini-documentary on the career of Wes Anderson:

For more from on the film, read our ranking of Anderson’s films and seven features to watch before seeing The Grand Budapest Hotel.

What did you think of the conversation? Have you seen Budapest yet?