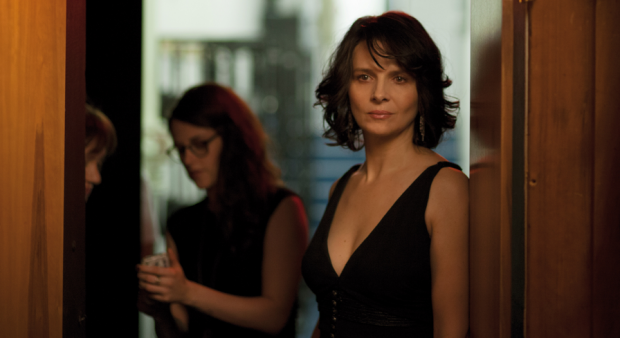 After an all-too-brief glimpse at the latest, highly-anticipated film from Olivier Assayas, Clouds of Sils Maria, two new clips have landed for the drama that’ll be premiering in two days at Cannes. As the director describes it, the film “is the confrontation between the past and present of a landscape that appeared to me as an ideal setting for a comedy – or drama, depending on the perspective one chooses – of an actress diving into the abyss of time, either out of professional or moral obligation, rather than desire. When we stare into this void, it does not reflect much aside from our own image, frozen in the absolute present. This snapshot is at the heart of Sils Maria. “

These new clips give our first glimpse of Chloe Grace Moretz and Johnny Flynn, who converse with Kristen Stewart and Juliette Binoche about Harrison Ford and Sydney Pollack in the meta drama. Then it’s just Stewart and Binoche in the next clip, which is a bit longer, as they discuss Moretz’s performance. Check them both out below.