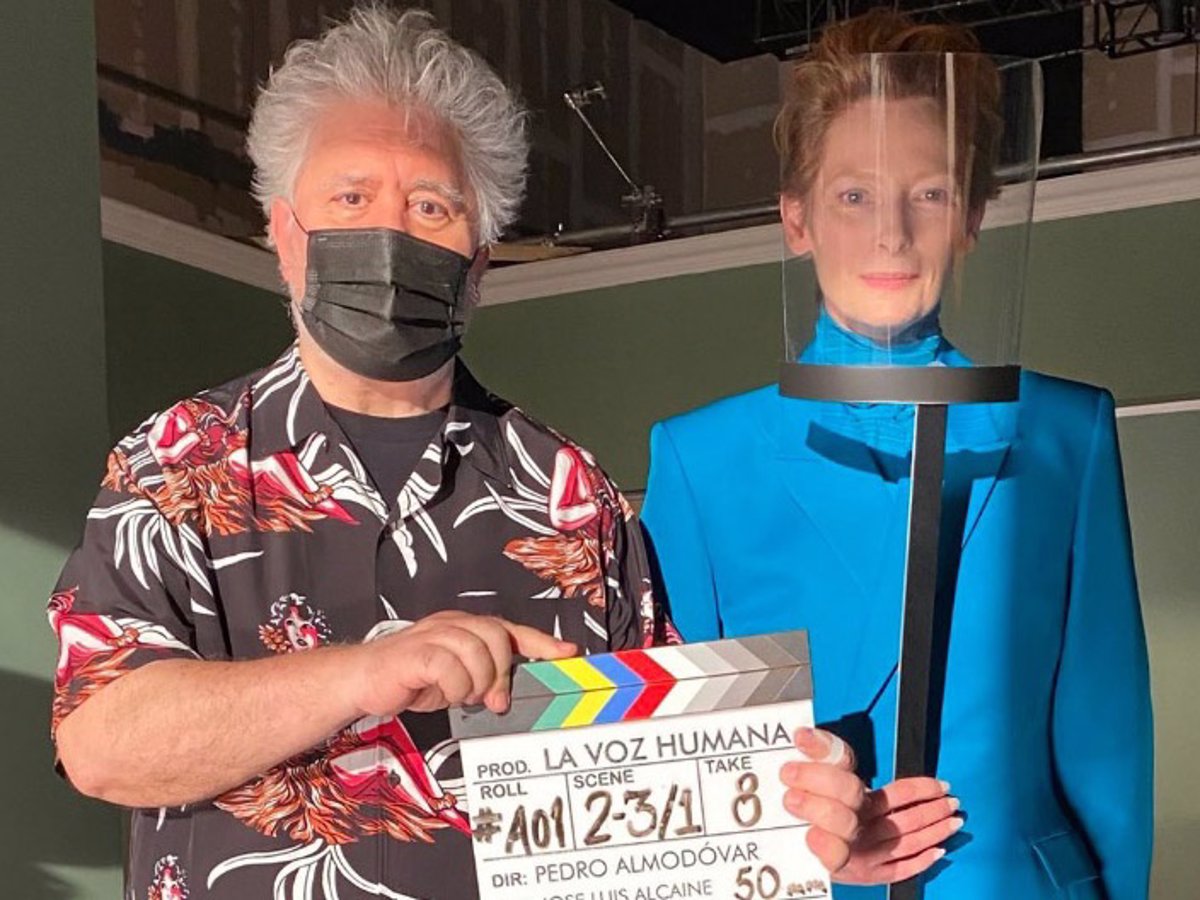 While much of the film industry shut down this past summer due to the pandemic, Pedro Almodóvar went smaller-scale but spared no expense when it comes to his lavish visual style for a new project, The Human Voice. A 30-minute film adapting Jean Cocteau’s one-act play and starring Tilda Swinton, the film made its debut at Venice Film Festival and New York Film Festival, and now arrives in the UK on November 7 and has been picked up by a U.S. release by Sony Pictures Classics.

Ahead of the release, a new trailer has landed, which mostly takes the first clip and adds some quotes, but as a special bonus, the creators of the short have gathered for a life-giving conversation at NYFF that is double their project’s length to discuss how cinema will always preserver during trying times, how the film came about, and much more.

David Katz said in our Venice review, “Few filmmakers working today explore color and concoct mise-en-scene like Almodóvar. From the first shot, we’re plunged into his hyperreal, hyper-designed world, and his red tones pop out like a 3D effect. The experience is so ravishing you almost need sunglasses. Swinton’s central character begins the film waiting for the call of her lover, bursting with that particular delayed longing one has for a paramour. But first, in a touch recalling Paul Verhoeven’s Elle, she buys an axe. The clerk at the hardware store desk barely blinks, and he addresses her in a way that suggests she’s a celebrity (her exact occupation isn’t clear in the film). The credit sequence notes the work is “freely adapted” from Cocteau’s text, and it plays well for newcomers, and I imagine for those familiar with prior versions.”

Watch the full conversation below, along with a new trailer and poster for The Human Voice.

The Human Voice arrives in the UK on November 7 and has been picked up by a U.S. release by Sony Pictures Classics.