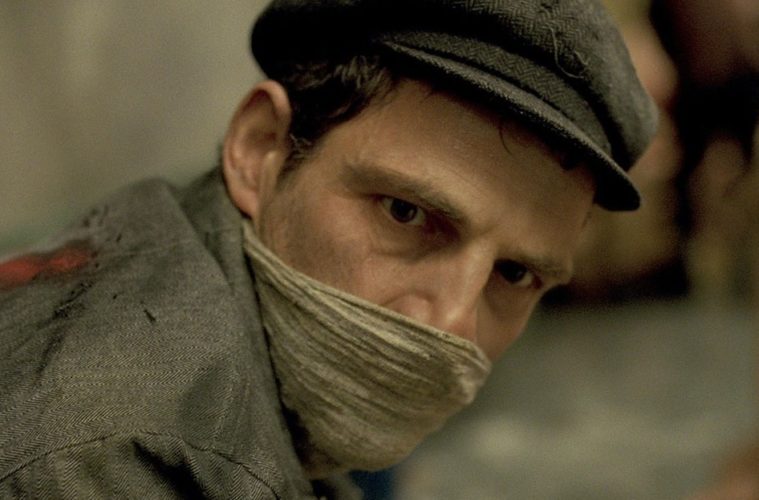 Following up its debut at Cannes Film Festival earlier this year, László Nemes sat down to discuss his first feature, Son of Saul, at the Toronto International Festival this weekend. Making a huge wave at its various festival stops with a new, unique view of the horrors of the Holocaust, the film stars Géza Röhrig as, Saul, a Sonderkommando in Auschwitz. The Sonderkommando were prisoners who were given the responsibility of leading their fellow prisoners to the gas chambers and disposing of the bodies.

Nemes spoke on how he realized that he had to continue with his idea. He reflected on his concept saying during the early stages of the script he rationalized that “there’s so much resistance maybe I should just stick to it.” Nemes determination paid off and his film’s unique POV became a Grand Prix winner at Cannes. “Every generation some people have to come up with a new light,” Nemes remarked.

We said in our rave review,  “By approaching his material through a purely experiential style that purposely eschews psychology, Nemes has crafted a towering landmark for filmic fictionalizations of the Holocaust. […] The result is claustrophobic and overwhelmingly intense and the film barely slows down for a single one of its 107 minutes. As a viewing experience, it is relentlessly harrowing, bordering on the traumatizing. Yet while Son of Saul dares to delve even further into the horror than the majority of Holocaust films, never once does it so much as threaten to slip into exploitative territory.”

Check out the full conversation below.