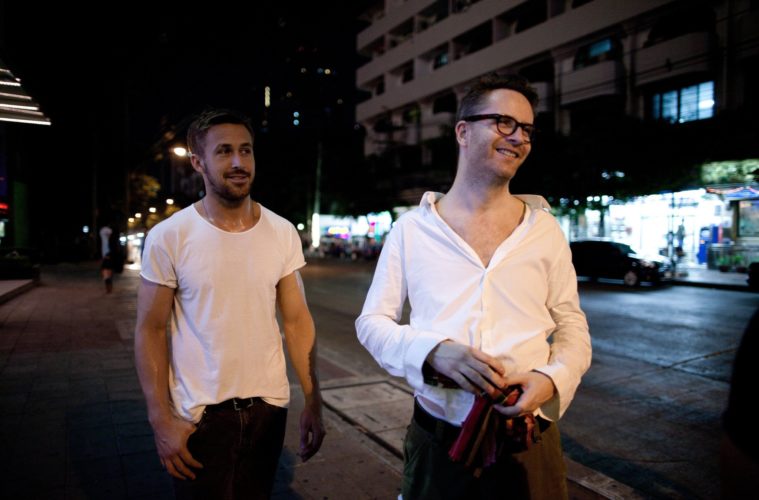 Today is the day. After a Cannes Film Festival premiere, the next film from Nicolas Winding Refn and Ryan Gosling has arrived. But if you don’t live in a place where it’s showing theatrically (currently NY, LA, Boston, Ithaca, Chicago, Cincinnati, Cleveland, Detroit, New Haven, Pittsburgh, Nashville, Charlotte, Dallas, Miami, Memphis, Kansas City, Portland, San Diego, Seattle, Austin and San Francisco — to name a few) and want to see Only God Forgives at this very instant, it’s now available on demand (see where to watch here).

To celebrate the release of their Drive follow-up, we’re featuring a recent one-hour discussion held at NYC’s Film Society at Lincoln Center. Refn discusses why he ended up making this after Drive, even though it was intended to shoot first, why he wanted to do a “fight” movie, how Kristin Scott Thomas came on board and much more. For those fearing spoilers, there’s not much, aside from the showing of clips, which can be easily skipped over. Check out the full conversation below and see our rundown of Refn’s career, as well as the things we learned from the director at Cannes, some of which he discusses here.

Did you watch the film yet? Share your thoughts below.