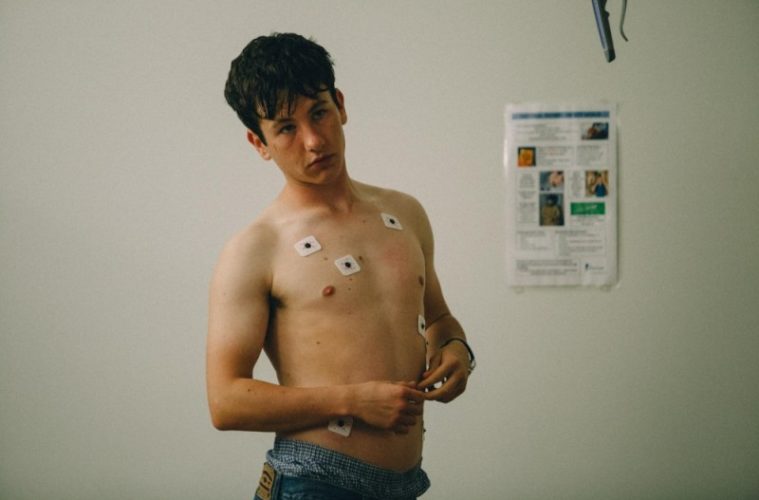 Watch: Nicole Kidman Flosses and Colin Farrell Shows His Hair in First ‘The Killing of a Sacred Deer’ Clips

Yorgos Lanthimos’ The Killing of a Sacred Deer recently debuted at the Cannes Film Festival, where it proceeded to make an entire audience uncomfortable, as a Lanthimos film is wont to do. In our review, Giovanni Marchini Camia said that Lanthimos “creates a gripping and steadily intensifying sense of foreboding” while also noting the film was “inordinately vicious” and that “one can’t help but be disgusted by whoever took the time to think up atrocities this elaborate, never mind realizing them with such evident glee.”

In The Killing of a Sacred Deer, Colin Farrell (who previously worked with Lanthimos on The Lobster) plays a surgeon forced to make “an unthinkable sacrifice after his life starts to fall apart, when the behavior of a teenage boy (Barry Keoghan) he has taken under his wing turns sinister.” Nicole Kidman co-stars as Farrell’s wife, making this one of two Cannes films that Farrell and Kidman appear together in, the other being Sofia Coppola’s The Beguiled.

After an all-too-brief preview, two new clips from The Killing of a Sacred Deer are available below for you to watch and grow increasingly uneasy about. In the first, Farrell, his beard resplendent, converses with Keoghan and shows him his hair. In the second, Kidman shows off her flossing skills. Check out the clips below, along with the full Cannes press conference.

The Killing of a Sacred Deer premiered at the Cannes Film Festival and opens on November 3. See our coverage below.