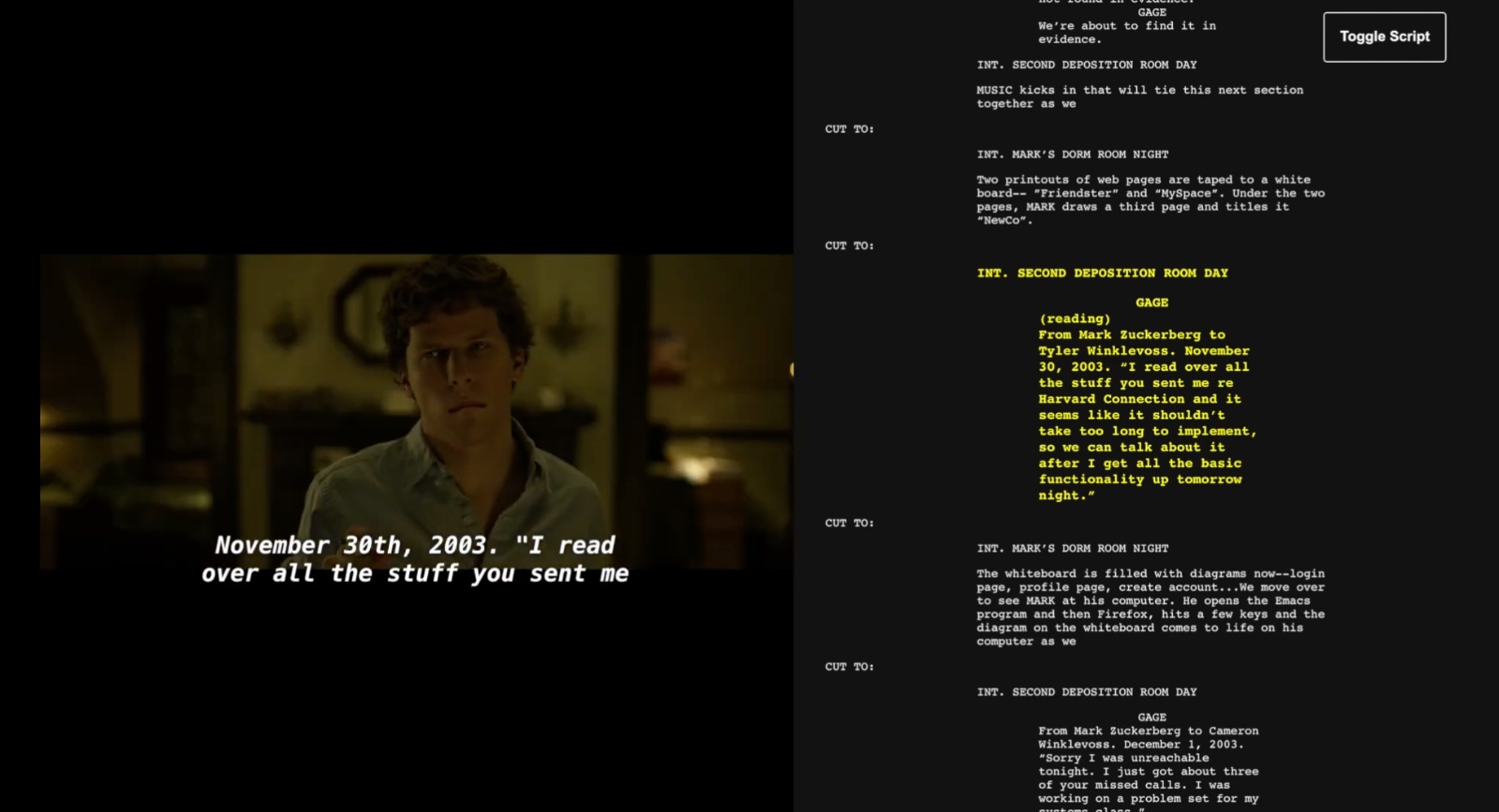 The screenplay, the foundation of filmmaking, is an essential element to study and soak in to learn what formed the backbone of your favorite films. While home video releases and streaming platforms offer subtitles for accessibility, they can also be a tool to learn dialogue, but they understandably don’t encapsulate the full breadth of a screenplay. One movie-loving coder has now made it possible to watch a film in sync, side-by-side with its screenplay.

The new tool ScreenplaySubs created by Egan Bisma is a nifty extension for Chrome and Firefox which a viewer can install, then head here for a list of films to watch on Netflix to toggle the screenplay on and off for select films. While more movies will be added on a weekly basis, the first batch includes The Social Network, Spider-Man: Into the Spiderverse, Marriage Story, The Irishman, Zodiac, and Silver Linings Playbook (it looks Uncut Gems, Scott Pilgrim vs. the World, and Steve Jobs are on their way too). As Bisma states, you’ll learn far more about the respective films through this experience, including:

Watch a pair of demos below for The Social Network and Spider-Man: Into the Spiderverse and start watching (and reading!) here.

One can also see the full list of movies available as the list expands here and support Bisma here.