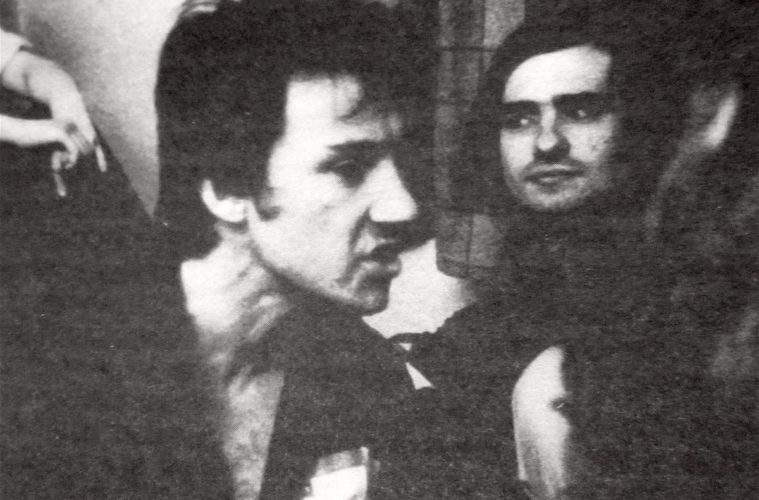 Nothing for Martin Scorsese completists makes a bigger mark than Street Scenes, a documentary on student strikes he’d developed with NYU students in 1970. Long a mysterious object left only to descriptions and stray comments, it seemed destined for permanent obscurity–a seeming impossibility in the case of its director, and yet. But sometimes a holy grail sits to YouTube with sub-800 views: a random search in advance of Friday’s The Irishman premiere yielded the discovery that some intrepid sort uploaded the film (his first NYFF selection!) last month. Sans one brief period where the VHS rip (seemingly copied to a DVD-R) turns to static, it’s a complete and unassumingly handsome copy. From where it came, I cannot even venture a guess.

The final result is, to these eyes, often astonishing. A direct-cinema approach to conflicts now relegated to retrospective documentaries, it feels more dangerous–on the brink of catastrophe–than we’re likely used to seeing this period. If comments about its lasting relevancy, how easily “Vietnam” could be swapped out for any number of today’s hot-button issues without the tenor of conversation changing one iota, are so banal it’s because anybody paying the slightest attention to our contemporary moment will have made the observation for themselves. Ending with Scorsese, Harvey Keitel, Jay Cocks, Verna Bloom, and others in what is basically proto-Chapo Trap House seals the impression.

It is worth noting that the film operates on a scale comparable to most documentaries with which he’s associated: editorial, tone, the push-pull of how one scrap affects the pace of another. (It’s officially credited to the New York Cinetracts Collective; Scorsese is listed as Production Supervisor and Post-Production Director.) An excellent rundown in Marc Raymond’s Hollywood’s New Yorker: The Making of Martin Scorsese finds the director in conflicted tones:

“I edited throughout the night over a period of ten days, trying to give a formal structure to the ensemble, swearing that I would not let myself embark into a political film if I could not direct it from one end to the other. When I showed the film to the participants, they hated it: they didn’t find that it was contestable enough. They felt betrayed, they didn’t recognize what they had lived through. However, I believe that the film was honest: I showed the sad reality, the anger, the frustration, the irresponsibility, the general sentiment of powerlessness. It didn’t concern the Weathermen, the real radicals, but the average student, the sons of families, the weekend leftists. And that was something they did not want to admit. I was extremely bitter, and the film ended on a very pessimistic note, in the middle of a sentence, by a brutal fade-out. Each time that we projected the film, the spectators, even the non-engaged students, spontaneously pursued the debate in the room, the arguments of the discussion in Washington. That was the only merit of Street Scenes.”

“I always make it very clear that while the film was my idea, I didn’t shoot most of it. I only filmed one small segment of it, but, of course, edited it along the lines of what I wanted it to say.”

It is, of course, clear that Scorsese’s connection to the project is immensely personal, and to watch it with one’s artistic remove in the current moment is by no means comparable to what he’d experienced as a result. And so:

Update: Removed at the request of Martin Scorsese.