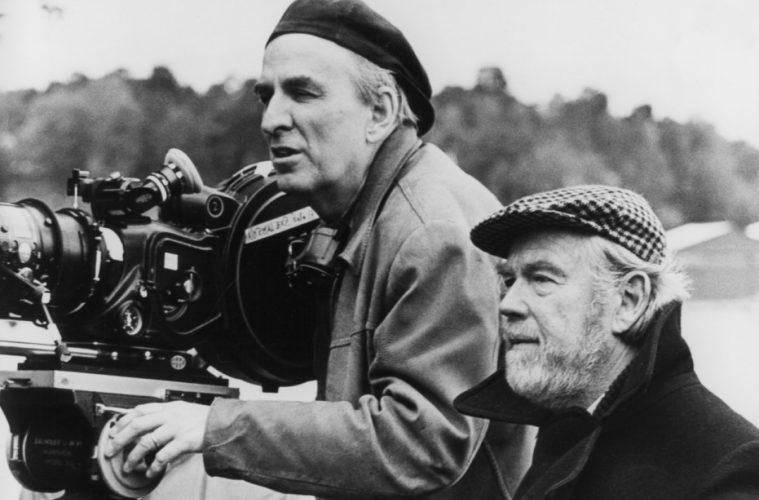 In 2003, the BBC scored an interview with legendary director Ingmar Bergman on the island of Fårö. The island, which houses less than six hundred people, has been immortalized in such iconic Bergman works as Persona, Through a Glass Darkly and Shame. In the one-hour piece, the documentary crew investigates the beauty and allure of the desolate location while probing deep into the formative experiences of the Swedish director’s life.

Bergman was 85 at the time of this interview and had retired after completion on his Scenes from a Marriage follow up, Saraband. This isn’t a fluff piece celebrating his career, however. The interview hones in on Bergman’s spiritual concerns, multiple marriages, and traumatic childhood memories.  You will also see Bergman explain his meticulous daily routine and hear him reveal a hasty plan concocted with his older brother to kill his infant sister!

“Not a day in my life has gone by when I haven’t thought about death or when the thought of death hasn’t touched me in some way,” explains Bergman, whose films are comprised of characters grappling with their own philosophy and spirituality. Bergman shares with his fictional creations the need to articulate these persistent questions during the interview, referring to The Seventh Seal as a form of “therapy” for him and details his troupe of actors that appear and reappear throughout his films.

After you’re done watching the very compelling Bergman make sure you follow it up with a look at this short video on the accomplished and frequent Bergman cinematographer, Sven Nykvist. Liv Ullman says it best, “When you talk about Ingmar’s genius and Ingmar’s enormous importance for film I don’t think you can do that without talking about Sven Nykvist.” Check out both below thanks to Bittersweet Life: What’s your favorite film from Bergman?