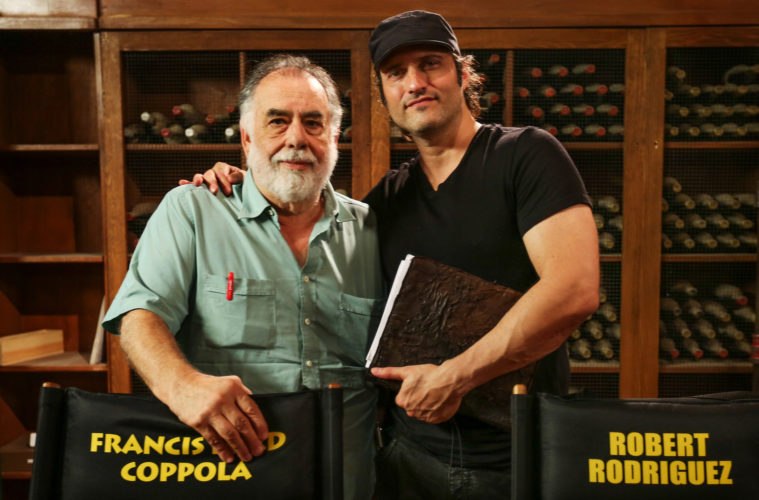 After speaking with Quentin Tarantino, John Carpenter, and Guillermo del Toro, Robert Rodriguez sat down with a director that certainly influenced at least a few of them in the latest episode of The Director’s Chair. The man behind The Godfather films, The Conversation, Apocalypse Now, and more, Francis Ford Coppola, opened up about his career and the future of cinema in the 45-minute conversation.

He discusses his early inspirations from Snow White to Powell and Pressburger films like The Red Shoes. Jumping to his education, he compared himself to Jason Schwartzman‘s heavily involved Rushmore character while at Hofstra and then while at film school he actually felt lonely, going off to make his own films. Heading into The Godfather, he talks about how he thought many would think it’s just a “long, dark, and boring movie.” When it comes to the sequel and the difficult negotiations, the director talks about how he initially wanted Martin Scorsese to direct the film.

As for the biggest regret of his career, he says it’s not capturing One From the Heart live as originally intended. In an interesting development, he also reveals his 1984 Richard Gere-led drama. The Cotton Club is currently getting a 4K restoration for Blu-ray. “Failure is not bad,” he says in the poignant closing moments. “Remember, the things that they fire you for when you are young are the same things that they give lifetime achievements for when you’re old.” For a fascinating look at a master’s career, check out the full episode below.