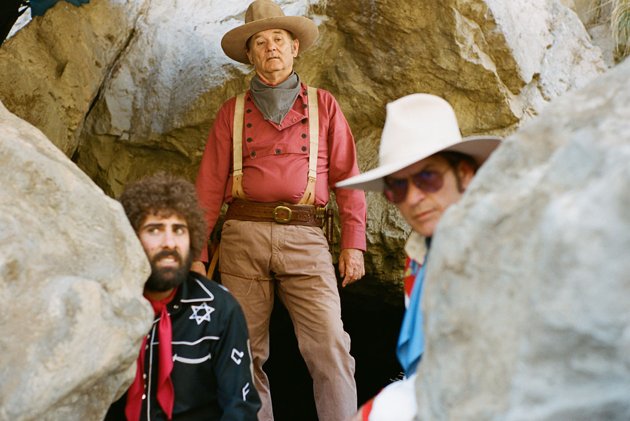 Although a trailer is bound to land at any moment, today we’ve got our first look at footage from Roman Coppola‘s latest effort, thanks to a reel from its Rome International Film Festival bow. Mixed in between interviews from the premiere there are brief glimpses of stars Charlie Sheen, Jason Schwartzman, Bill Murray and more his first feature effort since 2001′s CQ,  A Glimpse Inside The Mind Of Charles Swan III.

Since it’s out of context and not full quality, check back for our take once the official trailer arrives and we’ve also got a batch of character posters for the film which gives each character their own object, also including Aubrey Plaza and Patricia Arquette. Check everything out below (first footage begins at 1:01) for the film also starring Katheryn Winnick,  Elizabeth Winstead, Dermot Mulroney and Stephen Dorff.

Charles Swan III (Charlie Sheen) has it all. He’s an eccentric and highly successful graphic designer whose fame, money and devilish charm have provided him with a seemingly perfect life. But when his true love, a perplexing beauty named Ivana, suddenly ends their relationship, Charles is left heartbroken. With the support of his loyal intimates– Kirby (Jason Schwartzman), Saul (Bill Murray), and his sister, Izzy (Patricia Arquette) – he begins a delirious journey of self-reflection to try and come to terms with a life without Ivana. “A Glimpse Inside the Mind of Charles Swan III” is a unique relationship film told in a playful and unconventional style.

A Glimpse Inside the Mind of Charles Swan III arrives in February.