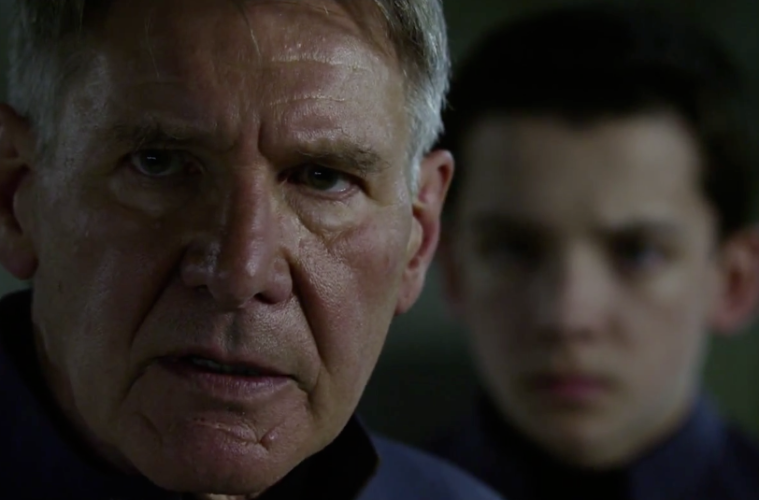 Here’s a little late night treat for those looking forward to one of the year’s biggest sci-fi films. An adaptation of Orson Scott Card‘s classic sci-fi novel Ender’s Game has been in the works for decades, but now it’s finally making its way to screens this fall and the first footage has finally arrived. Directed by Gavin Hood (X-Men Origins: Wolverine), we’re hesitant of the outcome, but this short glimpse ahead of the full trailer next Tuesday has us a bit more hopeful.

We can see a bit of the zero-gravity battle room footage, which doesn’t look as silly as I might have expected. It’s only about ten seconds in all, but should hold one over until next week. Check it out below, featuring an intro from Hugo‘s Asa Butterfield and Harrison Ford, for the film also starring Ben Kingsley, Hailee Steinfeld, Abigail Breslin, Moises Arias, Khylin Rhambo, Viola Davis and Nonso Anozie. In the near future, a hostile alien race (called the Formics) have attacked Earth. If not for the legendary heroics of International Fleet Commander, Mazer Rackham (Ben Kingsley), all would have been lost. In preparation for the next attack, the highly esteemed Colonel Graff (Harrison Ford) and the International Military are training only the best young children to find the future Mazer. Ender Wiggin (Asa Butterfield), a shy, but strategically brilliant boy is pulled out of his school to join the elite.

Arriving at Battle School, Ender quickly and easily masters increasingly difficult war games, distiguising himself and winning respect amongst his peers. Ender is soon ordained by Graff as the military’s next great hope, resulting in his promotion to Command School. Once there, he’s trained by Mazer Rackham, himself, to lead his fellow soldiers into an epic battle that will determine the future of Earth and save the human race.