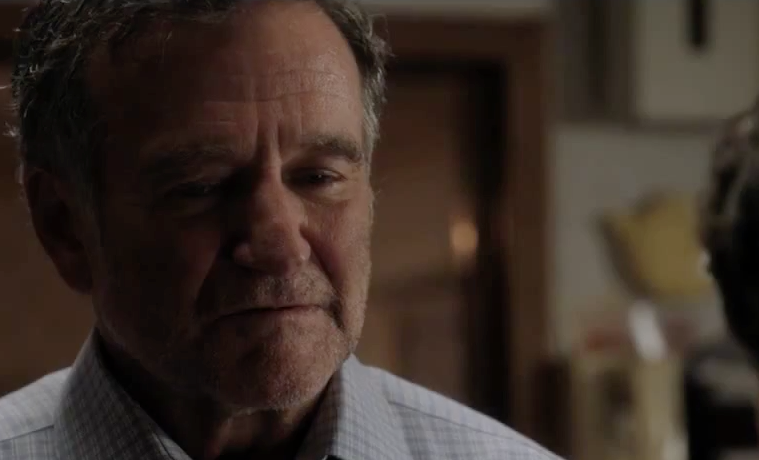 While we’ve been revisiting some of Robin Williams‘ greatest work this week following his tragic passing, the actor left us with a handful of features to look forward. One was Boulevard, a drama we liked at Tribeca, saying in our review, “Williams’ performance and Dito Montiel’s direction transcend what could have been a simple melodrama into a moving character study.

That feature has yet to get a release date, but this fall will bring his remaining live-action work with Night at the Museum: Secret of the Tomb and A Merry Friggin’ Christmas. Today we have the first clips for the latter, mix of drama and comedy that follows Williams as the father of Joel McHale and begrudgingly hosts a Christmas gathering. When the Community star realizes he forgot his son’s presents, he treks out into a blizzard with his father to track them down.

Directed by Tristram Shapeero (who has not only worked on Veep, Workaholics, New Girl, Parks and Recreation, but teamed with McHale for dozens of Community episodes), the film also stars Lauren Graham, Candice Bergen, Wendi McLendon-Covey, Clark Duke, Oliver Platt, and Looper‘s Pierce Gagnon. Check out the clips below.