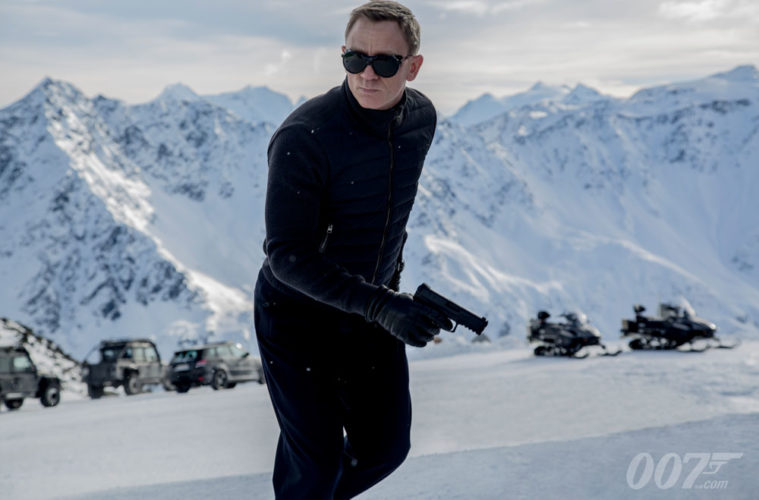 With our cast and title revealed, Sam Mendes recently kicked off production on Bond 24 aka Spectre, with Daniel Craig returning alongside Rory Kinnear as Tanner, Ben Whishaw as Q, Naomie Harris as Moneypenny, and Ralph Fiennes as M. They welcomed newcomers Andrew Scott as Denbigh (part of MI5), Guardians of the Galaxy star Dave Bautista as henchman Mr. Hinx, Monica Bellucci as Bond girl Lucia Sciarra along with Léa Seydoux as Madeleine Swann, as well as Christoph Waltz as Oberhauser.

Shot by Interstellar and Her‘s Hoyte Van Hoytema, the crew began things in Austria, and like Skyfall, we have our first video blog. The blog shows off some helicopter shots and a few brief glimpses at sequences, and we also have Bond in action above in the first still. “We have to deliver an amazing sequence and this is going to be one of the major action sequences of the movie, associate producer Gregg Wilson says. “It’s going to be spectacular and Austria seemed to offer everything that we needed to pull it off.”

“The thing Sam and I talked about was how we are going to top Skyfall”, says production designer Dennis Gassner. “We are going to continue the history of the Bond films, making things that are exciting for the audience to look at and what could be more exciting than to be on top of the world.” Ahead of a November release, get the first peek below.