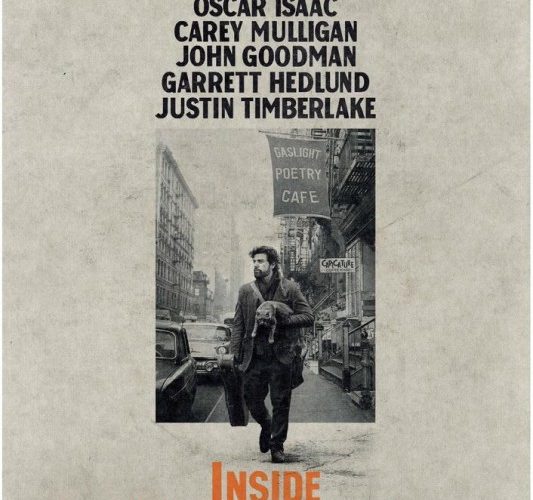 Following a P & I screening at the New York Film Festival this past Thursday, the creative team behind Inside Llewyn Davis — i.e. Joel and Ethan Coen, Oscar Isaac, and John Goodman — took to the stage of the Walter Reade Theater for a 20-minute press conference moderated by His Holiness Kent Jones. Much of these festival Q & A sessions are one and the same — three good questions sprinkled amongst ten… less-than-great inquiries — but the five men onstage make for a worthwhile 22 minutes, as much as yours truly would’ve preferred their moderator to command this entire thing from top to bottom. Not that I’ll complain about notices of the siblings’ visual design sneaking in, mind you.

Watch the full conference below:

Here is a new poster (via IMPAwards): Inside Llewyn Davis will open in limited release on December 6, followed by a wide opening on December 20.

Did the discussion herein illuminate the Coen brothers’ new film?