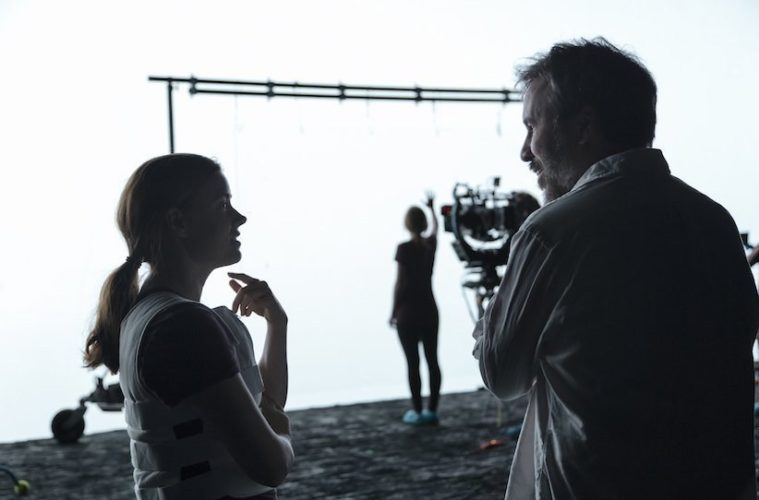 “It’s never easy when you have visual effects-heavy films, because every human being has their own artistic preference, taste,” Arrival cinematographer Bradford Young recently told us. “This is a collaborative process — everybody comes in with their notions of what is and what isn’t — so it requires a lot of compromise. But what it also does is require all of us to be on the same page in terms of what this film has to look like, what is has to feel like, so it’s a big tug of war. It’s a healthy tug of war because, ultimately, you end up getting what you want. I think, with this film, what I really respect about it is that the visual effects are anchored in a real, honest appeal to show humanity in the foreground in a very particular way.”

Indeed, the “tug of war” resulted in one of the most beautiful films of last year and today brings a visual effects reel from Oblique that shows off how it was all put together. While some of the VFX overlays, mostly featuring the alien ships, won’t surprise you, there’s a lot of seamless, subtle work going on here, including military vehicles and compounds, backgrounds, and more. As for the some of the most arresting imagery in the film — the rolling fog — that’s 100% real.

Check out the reel below, along with a scene analyzation from Villenueve and our discussion if you missed it.