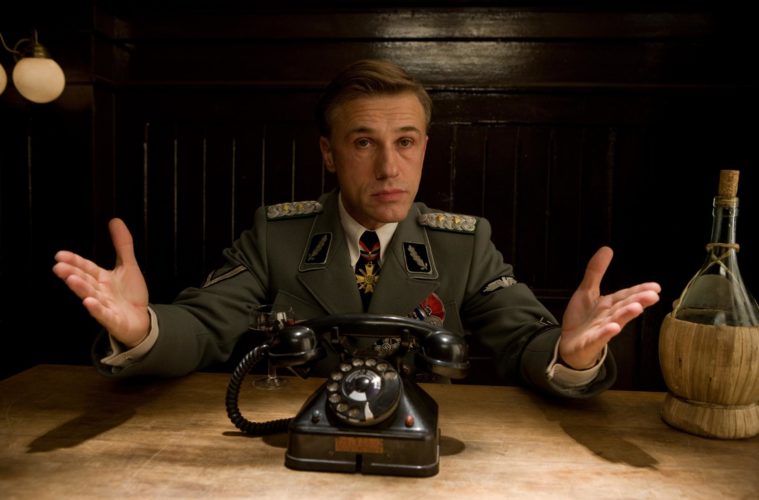 Without going too deeply into the why or how of this issue, it’s a fact that the range of academic scholarship on Quentin Tarantino remains thin. Yes, there are the fan sites and the supercuts and the many, many reviews, but I feel that few of them truly probe the oeuvre’s finer points and more complicated textures — less about the cinematic connections than ways in which these works have evolved in form, temperament, and dramaturgy over twenty-five years. (I’ve tried on my own, but that could just be the first stab at something much longer. Could.)

While Inglourious Basterds warrants a visual study matching the film’s 150-minute runtime, this five-minute video essay effectively highlights Tarantino’s myth-making — a couching of personal lies and selfish advancement within a fictionalized version of actual war, itself the most brutal expression of either. Wisely (and appropriately), creator Drew Morton doesn’t inundate you with voiceover, and instead allows Tarantino and co. do most of the talking. (Great things sometimes speak for themselves, or at least with a bit of help from intertitles.) It’s not going to change the minds of those who continue deriding the writer-director for various facets that are by now ingrained in his work, but some enhanced appreciation is almost guaranteed.

See the video for yourself:

Tarantino: Reputation Is Everything from Fandor Keyframe on Vimeo.