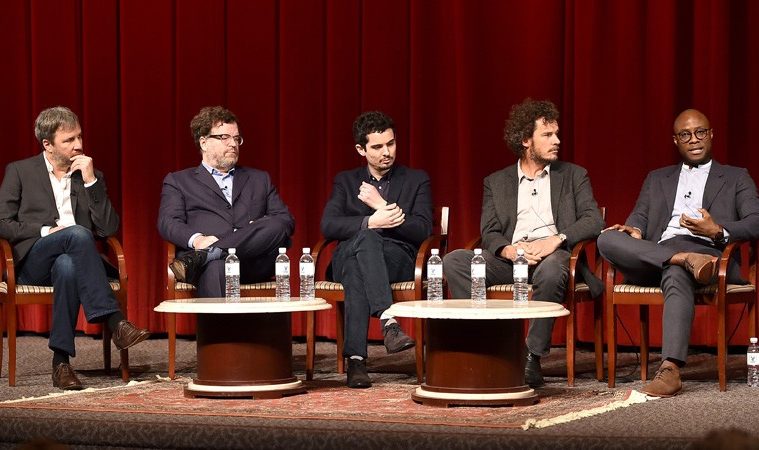 If one wants to take a deep dive into some of last year’s best films, how about a conversation that’s longer than any of those discussed? As they’ve done the last quarter of a century, the Directors Guild of America have gathered their five nominees — Damien Chazelle (La La Land), Garth Davis (Lion), Barry Jenkins (Moonlight), Kenneth Lonergan (Manchester by the Sea), and Denis Villeneuve (Arrival)  — for a talk spanning nearly 2 hours and 40 minutes.

Moderated by Jeremy Kagan, the talk took place just a few days ago on February 4, before Chazelle would pick up the award that evening for his modern-day musical. Remarkably, all five of these helmers are first-time nominees so much of the discussion is about them experiencing certain filmmaking aspects for the first time. Spoilers, of course, abound, so if you haven’t seen any of these, you’ll want to revisit after watching.

Considering how in-depth the conversation it’s difficult to summarize what makes the talk fascinating, but it’s certainly interesting to hear Villeneuve discuss his original, “more obscure” cut of Arrival, as well as Lonergan on going back for three more weeks of post-production work after the Manchester by the Sea premiere at Sundance, Chazelle talking about playing around with the “five years later” title card (one iteration had him not using it at all), and Jenkins discussing what we’re actually seeing during the transitions between the chapters in Moonlight (a question no one had asked him yet).

Check out the full conversation below.

Speaking Moonlight, we have a trio of incredible Korean posters from studio bitnaneun. Featuring quotes from director Barry Jenkins and drawings by Seongjin Kim, check them out below.