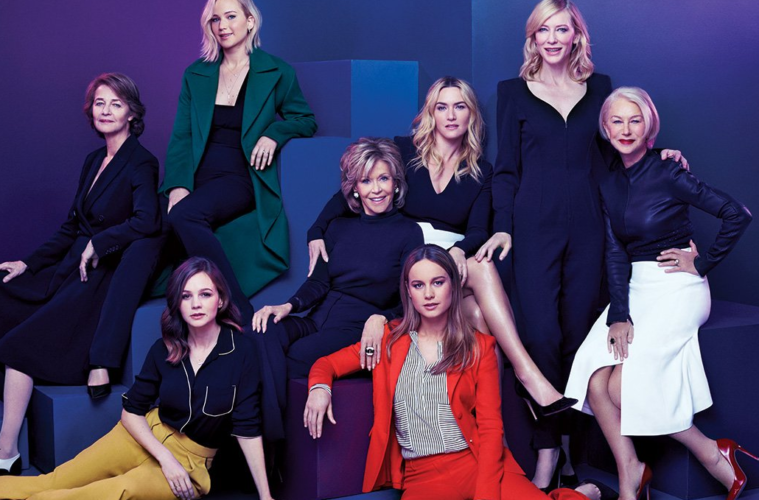 Aside from the actual event of the Oscars, it’s rare to see so many talented actors in one room — let alone sitting across from each-other for an extensive, one-hour talk, but THR has gathered the year’s top performers for an excellent discussion. Sitting down this year is Jennifer Lawrence (Joy), Brie Larson (Room), Kate Winslet (Steve Jobs), Cate Blanchett (Carol), Jane Fonda (Youth), Helen Mirren (Trumbo, Woman in Gold), Charlotte Rampling (45 Years), and Carey Mulligan (Suffragette).

The discussion ranges from getting into acting and why they still do it, still feeling scared before shooting, potential alternate career paths, the pay gap, who they wish they could work with, and much more. While moderator Stephen Galloway unfortunately interrupts way too often, it’s simply great to learn more about the process each of these talents go through.

“It can be lonely, actually, especially when you’re younger,” Winslet says. “I remember those moments of going, “Wow, I’m doing this by myself.” And what’s interesting is: Who do you act for? I remember being asked that in a room with lots of really scary people, like Kenneth Branagh and Derek Jacobi. And everyone said a parent. Every single person.”

Check out the full talk below (which we wish Alicia Vikander had an invite for), along with another one-hour talk featuring Lawrence on Charlie Rose.