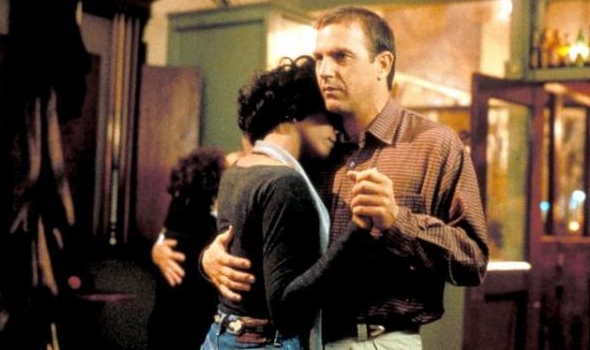 There have been rumblings about a potential remake of the 1992 smash hit The Bodyguard for some time but now Warner Bros. has made it official according to Deadline. Jeremiah Friedman and Nick Palmer (whose script Family Getaway made the 2010 Black List) are currently reworking the script based on Lawrence Kasdan‘s screenplay. The duo will update the story the new millennium in which an Iraq vet (a retired Secret Service member in the 1992 original) must protect a world famous singer from a stalker in a world in which the lives of stars are more accessible through technology and social media.

The original film, which set the box office ablaze, broke billboard records with it’s soundtrack and broke down interracial love barriers spent nearly 20 years in limbo before Whitney Houston and Kevin Costner brought it to life. (fun fact: Diana Ross and Steve McQueen were originally intended to star in the picture in the late 70’s) There is no word yet on who will star in the remake but there is really only one reasonable choice for the lead; Beyoncé. There is currently no other female performer that could pull of the much needed commercial appeal that Houston had back in 1992. This could be a problem, however, since Warner Bros. has been prepping Beyoncé for their remake of A Star Is Born under Clint Eastwood‘s direction. It’ll be interesting to see if these two projects eventually merge or if the studio just releases two strikingly similar movies.

The most important aspect to get right on this update, however, is the soundtrack (whether they intend to reuse the songs from the original or write new songs for the film has yet to be determined). Despite being a money making hit in it’s own right, the film was dwarfed by Houston’s record breaking soundtrack. Fueled by the powerhouse cover of the Dolly Parton classic I Will Always Love You, the soundtrack sold over 40 million copies and is still the highest selling soundtrack of all time (in addition to being the top selling album by a female solo artist). Those are some enormous platform shoes to fill. Houston was at the top of her game (as you can see from the video below) and it will be nearly impossible for anyone to hold a candle.

What do you think of this remake? Who would you cast in the leads?