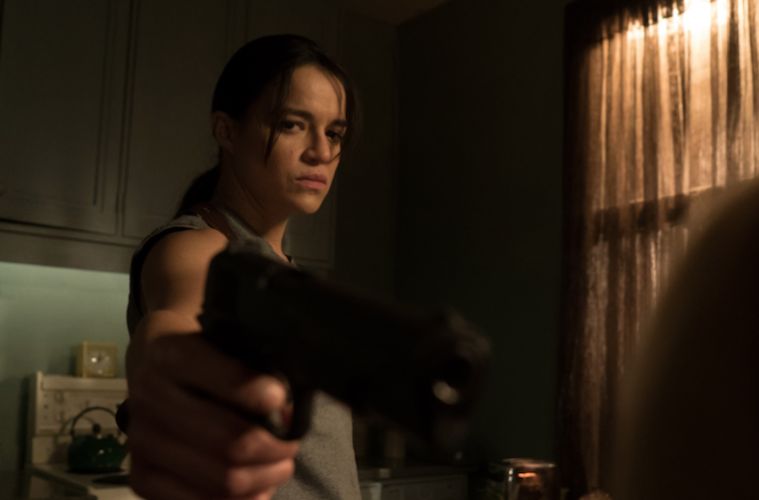 Premiering back in September at the Toronto Film Festival, Walter Hill‘s The Assignment (formerly known as (Re)Assignment) came not necessarily as a galvanizing work from an old action master, but a charming, off-beat genre exercise as well as show-off for older thespians (chiefly Sigourney Weaver and Tony Shaloub). With the film now in theaters and on VOD, we were able to talk to Hill about the freedom and fun he had in making his first real low-budget film.

The Film Stage: How have action films changed since you returned to directing with Bullet to the Head?

Walter Hill: I think the changes were well in the works before I did Bullet to the Head. Obviously the superhero comic-book film has taken over. They’re now what’s referred to as action films, but I think they’re very different from the kind of movies we used to call action when I was working in the ’70s, ’80s and ’90s. I don’t quite know how to frame this, especially since I’ve just done a movie that’s often referred to as within a comic-book / graphic novel approach — which is certainly true, by the way. But there are comic books of a different kind. The most obvious way, though, has been how the technical changes of the modern apparatus of CGI etc. has opened up a much larger canvas, and a lot more money is being spent on these action movies than they used to get in the old days. I mean, in the old action movies, the violence had consequences. We used to have this joke that the jokes were funny and the bullets are real. But now they just beat the shit out of each other but nobody really dies; they’re just warmed up for the next sequel.

The director’s cut of The Warriors also incorporates comic book transitions like this film does; is that something you’ve been trying to do in other films?

I think that’s fair to say. In other films, I don’t know. With the whole The Warriors thing, I think what I was trying to show was if I was left alone what the movie would’ve looked like, which was not quite true because of some of the voices we were going to use, and some of the comic book art that I put in the movie, was from a very different artist than the guy we were talking about using back when the movie came out. I thought it was kind of interesting to see what the director wanted to do. A lot people felt that the additions weren’t good for the movie, and hurt the movie as they saw it. I had no problem with that — I just thought it was interesting to have the choice — but I was not ashamed of the movie the way it came out.

Speaking of comics, what I thought this was most similar to was your work on Tales from the Crypt.

That’s exactly right. That was the real touchstone for this film. I had come to Denis Hamill’s screenplay first in 1978 I think and was interested in the material and optioned it several times, but I really couldn’t figure out how to do it. Then it was after Tales from the Crypt that showed me the way; if I did this in that vein, like it was a king-sized Tales from the Crypt, although we didn’t exactly have a king-sized budget. But I thought in that kind of texture I could pull this thing off.

Had you always been interested in making a film with a female lead?

Yeah. I mean, you get tired of everybody jumping on you because your movies are masculine. I like to think that I’m not a director of men — I’m just a director. Sigourney’s part was actually written for a guy; then I switched it at the last second at about roughly the same time Michelle was coming in the movie. Once I had switched it over to a woman, Sigourney was the first person I sent it to and it was a different part than she usually got a chance to play, and I said, “If this put a strain on our friendship, I’ll understand. I thought it was a good part.” She laughed and called back two days later, and said she’d love to do it.

This film is produced by Saïd Ben Saïd, who’s recently worked with people like Paul Verhoeven and Brian De Palma. Do you feel like there’s more appreciation for your work in Europe?

I think it’s safe to say my reviews have always been better in Europe than they’ve been in this country — not that I haven’t been treated kindly upon many occasions. You know, I just think the Europeans are, on the whole, a little more into the vibe of what I do; I’m really talking about critically, not audiences. The audiences have been pretty consistent everywhere in the world, but occasionally you catch a hit in one culture. Streets of Fire, for instance, was an enormous hit in Japan, but to say the least it was not an enormous hit in the United States.

I think it’s fair to say this was your first “independent” film?

Yes, it would be very fair to say. Though it depends what you think about Avi Lerner’s company [Nu Image/Millennium] in the year 2000; those were very independent movies. Southern Comfort back in, what was it, 1980 or 1981, was a negative pickup. It was released through Fox, but it was a negative pickup.

Did you find it in anyway a relief to be doing an independent film after so many studio films?

I don’t know if it was a relief. It was different. I was definitely left in a more “splendid isolation,” shall we say. The budgetary restrictions were very upfront and boldly stated, but I didn’t go over-budget and over-schedule or anything. I really was treated with total freedom and I, of course, liked that a great deal. Since I didn’t go over-budget or over-schedule it worked out pretty well. I shot it in twenty-plus days and the budget was a little under three million dollars.

The Assignment is now in theaters and available on VOD.