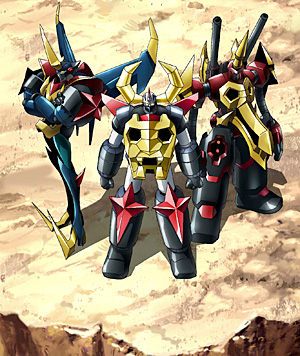 Walking Dead producer Gale Anne Hurd is keeping busy, as THR has just reported that she — along with her Valhalla Entertainment — are joining forces with Toei Animation as well as All Nippon Entertainment Works to develop a feature based on the giant robot Gaiking.

For those not familiar with said robot, Giaking was a Japanese animated series that ran in the mid 1970’s for a short period of time. After it aired, it became an intricate part of the toy line Shogun Warriors, which then became popular in the United States in the late 1970’s. Following that success, it was reanimated as a cartoon series titled Force Five in the early 1980’s.

The main story line of the series starts with an alien invasion and how Earth creates giant piloted robots, aka mechas, to help defend themselves. The main character is a former baseball star who pilots the biggest of the mechas. We haven’t gotten any word on a writer as of yet, but we do know that Hurd will be producing alongside Toei’s Yoshi Ikezawa and Joseph Chou.

Although Hurd has made some questionable choices in producing credits these past years — both Hulk films make the list, as well as The Punisher and Æon Flux — her earlier work on Aliens and The Terminator make her a worthwhile choice to produce such a huge sci-fi project as this. Aside from Dead, she also has the upcoming film, Very Good Girls, debuting at Sundance next year.

What do you think of Hurd producing a Giaking feature?