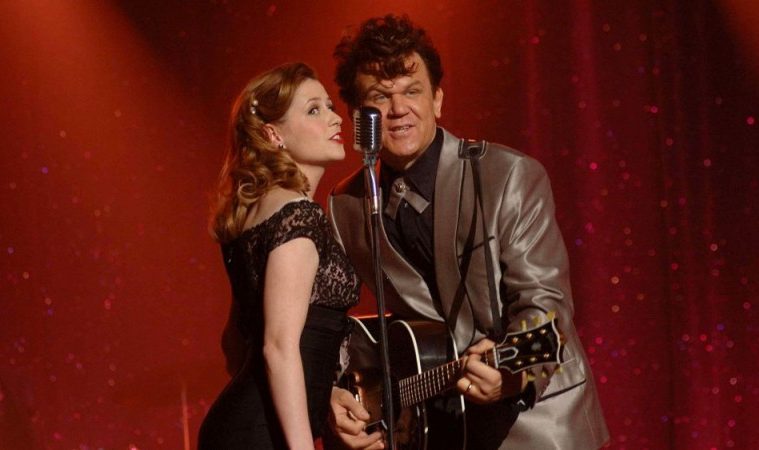 ‘Walk Hard: The Dewey Cox Story’ and the Last Gasp of the Hollywood Spoof

Walk Hard: The Dewey Cox Story is one of the last of its kind. The spoof movie – that is, the vigorous feature-length ribbing at popular films and Hollywood pieties of the moment – was already in decline by the late 2000s. The comedic tastes of the American public were changing; former heavyweights of the genre, like Mel Brooks and the Zucker brothers, were no longer as active as in their heydays of the 70s and 80s. And newcomers Jason Friedberg and Aaron Seltzer were rapidly eroding whatever credibility the spoof movie had left with their seemingly interminable succession of quick, cheap flash-in-the-pan moneymakers (Disaster Movie, Epic Movie, et al) widely despised by critics and hip audiences and yielding diminishing financial returns.

Walk Hard, then, may be one of the last true spoof movies made by funny people who actually gave a damn, with David Wain’s They Came Together being the only bright spot since then. Written and directed by Jake Kasdan (whose Jumanji sequel is now in theaters), and produced and co-written by Judd Apatow just as his brand of sweetly boyish obscenity was turning him into a household name, Walk Hard models itself in title and structure after Walk the Line, James Mangold’s earnest but conventional hit Johnny Cash biopic from 2005. But much as Trey Parker and Matt Stone’s Team America: World Police (in 2004) took blistering potshots at the entire Hollywood institution of Jerry Bruckheimer films – and not just The Rock or Armageddon – Walk Hard is clever enough to see the bigger comedic picture, incorporating well-calculated jabs at the entire genre of the award-baiting artist biopic.

Fresh off his comedy breakout in Talladega Nights (also an Apatow production), John C. Reilly stars as the eponymous fictional rock icon, delivering a rare Golden Globe-nominated comic performance as he deadpans his way through the character’s wildly exaggerated peaks and valleys of creative success. (And yes, he sings his own songs.) Every clichéd story beat from Walk the Line (and countless similar pictures) is present, accounted for and amplified to the point of absurdity: Dewey’s foundational childhood trauma — an innocent machete duel gone horribly wrong. The menacing, Freudian specter of his tyrannical Southern pa, who blames Dewey for the death of his favored sibling — “The wrong kid died!” barks Raymond J. Barry in every single one of his scenes, even singing it to himself when nobody else is around. His failed first marriage — “You’re never gonna make it!” cries his beleaguered wife, played by Kristen Wiig, as they move into their million-dollar mansion. His tumultuous true love — Jenna Fischer alternates between throwing herself at Dewey and beating him senseless in the same scene. His repeated temptation by drugs — the chronically underrated Tim Meadows plays a hard-partying bandmate who always seems to show up at perfectly inopportune moments to enticingly describe a new psychoactive substance while simultaneously insisting that Dewey “don’t want no part of this shit!” His drug-fueled dark periods — “God damn it, this is such a dark fucking period right now!” His redemptive final act — reconciling with his dozens of illegitimate children gives him the inspiration he needs to complete his magnum opus.

While the film certainly doesn’t shy away from crude humor – one sight gag involves naked naughty bits appearing out of nowhere to take up disproportionate chunks of the frame – it’s some kind of testament to Kasdan and Apatow’s commitment to their joke that it never sinks to the level of utilizing its suggestive title for an overt gag. Scenes are dramatically lit, staged and shot as though the film really were the sort of Oscar-y prestige drama it’s mocking. It’s a feature length piss-take on the genre, densely caked in zany irony with nary a straight-faced moment in sight – though its commitment to sniggering ironic detachment might just have made the film a little too esoteric for mass audiences, as its theatrical release flopped (hard) at the box office.

Some jokes deliver less on punchlines than on weird, ticklish metafictional absurdities: obligatory cameos by Elvis Presley and The Beatles brushing shoulders with Dewey are deliberately miscast – think Jack Black as Paul McCartney – and played as grotesque caricatures of popular caricatures of the real people depicted. A ludicrous twist on maudlin melodrama cliché sees the ghost of Dewey’s cherubic, martyred brother morph before his eyes into an obscenity-spouting Jonah Hill, whom he supposedly would have grown up to be. The lyrics to Dewey’s “hit” songs interspersed throughout always reflect, with on-the-nose bluntness, whatever domestic melodrama might happen to coincide with them as his style evolves to caricature the trends of each era in pop music history. (One of the film’s goofiest numbers “Let’s Duet” has Reilly and Fischer’s infatuated characters trading filthy double entendres in the style of a country music slowdance – another direct mockery of Walk the Line.) In perhaps the most understated bit of the film’s winking meta-humor, a post-credits coda displays grainy black and white footage of “the real Dewey Cox” – also portrayed by Reilly.

Like other projects to bear the Apatow name, Walk Hard sports hints of a raw improvisational energy and generously loose scene structure that set it apart from more canned, conventional studio comedies. (A self-labeled “Unbearably Long and Self-Indulgent Director’s Cut” – possibly yet another jab at Walk the Line – extends and adds scenes to put the film at nearly two hours.) But compared to his typically freewheeling festas of vulgarity and bromance, Walk Hard stands out as a uniquely focused and high-concept article of silliness; a throwback in more ways than one to the Hollywood spoof movie of yonderyear. In thumbing its nose at an awards-season institution of bathetic filmmaking, Walk Hard and its keen parodic eye also provoke reflection on the rote narratives our society constructs for the lives of successful artists, and the ways in which the public is invited to implicitly associate “true” art with personal melodrama.