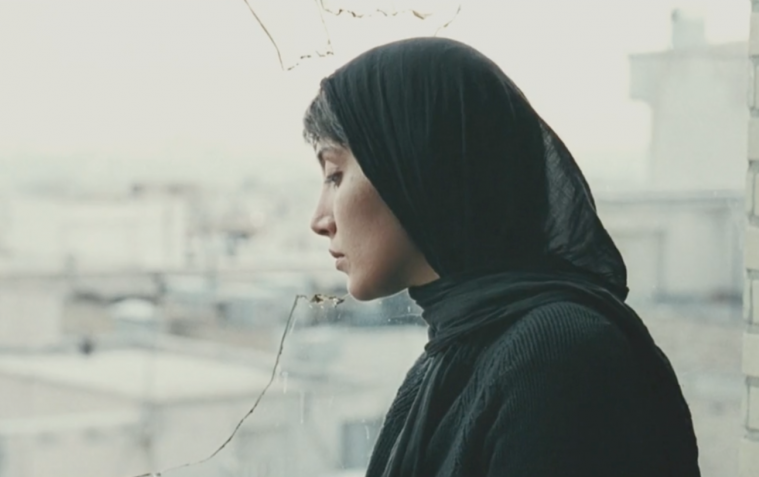 New to Streaming: ‘Fireworks Wednesday,’ ‘Downsizing,’ ‘Jumanji: Welcome to the Jungle,’ and More

The numerous financial forces that conspired to put Alien: Covenant on thousands and thousands of screens the world over have ensured that their investment will be sold, from the title on down, with more clarity and promise than its predecessor. Whereas 2012’s Prometheus was able to get by plenty well through mysterious marketing, a very rare is-it-or-is-it-not play with decades-old iconography, Covenant is being sold, in posters and trailers and TV spots, as everything you’d expect and just about nothing that would really raise any eyebrow. Except, of course, why the nearly octogenarian Ridley Scott, after having the opportunity to go balls-out weird with his flawed, sometimes majestic sci-fi epic, would commit such time and energy to what is, at first glance, clearly a retread. – Nick N. (full review)

Few people are living embodiments of their style. Now that David Bowie and Prince have left us in the same year, even fewer are. Robert Frank, the subject of Laura Israel‘s documentary Don’t Blink – Robert Frank, and his art — striking photographs and film of Americana — reflect one another like those collages of dog owners and their pets. Rather than both having droopy ears or a snooty nose, they crunch like shards of glass beneath boots. Frank and his creations grind against good taste while still being sharp and beautiful. His is an imperfect America, as if Norman Rockwell subjects stepped out of frame for a few drinks and a game of dice, then got lost on their way back home. – Jacob O. (full review)

The formidable critic Anthony Lane once collectivized the archetypal Alexander Payne lead — that unmistakably downbeat beast — as the “beached male.” Matt Damon is certainly no such thing. Nor is his Paul Safranek, the character he plays in Payne’s new film, Downsizing, a remarkably uncharacteristic environmentally conscious sci-fi comedy that poses this question: in a world stretched to breaking point by overpopulation, food and water shortages, overflowing landfills, and so on: would our problems not be solved if we were all just a little smaller? – Rory O. (full review)

After a festival tour back in 2006 and a now-out-of-print DVD release, Asghar Farhadi’s Fireworks Wednesday has been theatrically re-released by the newly established Grasshopper Films. The drama is another precisely calibrated, culturally specific demonstration of Farhadi’s skills in constructing empathy machines. Further in line with the director’s filmography, this story has a nesting-doll structure that combines ingrained social hierarchies, domestic drama, and a tragic intersection of misunderstandings. And while it doesn’t feel as revelatory as the other recent Farhadi re-release, the claustrophobic, L’Avventura-esque About Elly, it’s more than merely an artifact from one of our best contemporary directors. If anything, it’s a testament to the fastidious construction of latter-day work such as A Separation and The Past. – Mike S. (full review)

After Steven Spielberg and company broke visual effects barriers with Jurassic Park, two years later, 1995’s Jumanji brought more large-scale, creature-focused thrills to theaters. Directed by Joe Johnston–who would go on to get his own crack at the dinosaur franchise a few years down the road–the Robin Williams-led adventure occupies that rare subset of oft-replayed, worn-down VHS tapes from childhood that one might be hesitant to revisit for fear of the nostalgic charm wearing off. In many ways, the set-up of Jumanji: Welcome to the Jungle may quell some trepidation in this regard. – Jordan R. (full review)

The story goes that the police were dispatched to a Madrid residence in June of 1991 only to find a teenage girl screaming from what appeared to be self-inflicted wounds. Strange phenomena was seen/found throughout the apartment, so much that the detective assigned the case could do nothing but corroborate the paranormal explanation being delivered by those close to the family. Everything supposedly stemmed from a séance gone wrong three days earlier at the exact time of a solar eclipse. The teen hoped to contact her father only to discover it was something else that responded. A wild story to be sure, the simple fact it proved the first recorded account of the supernatural by a police officer in Spain made it worth a closer look. The men who dug deeper: director Paco Plaza (one half of the duo behind contemporary horror classic [REC]) and co-writer Fernando Navarro. They took that police report and ran with it, staging the scene and rewinding back to when the terror began. The result is Verónica, a familiar tale of demonic possession and malignant intent. – Jared M. (full review)