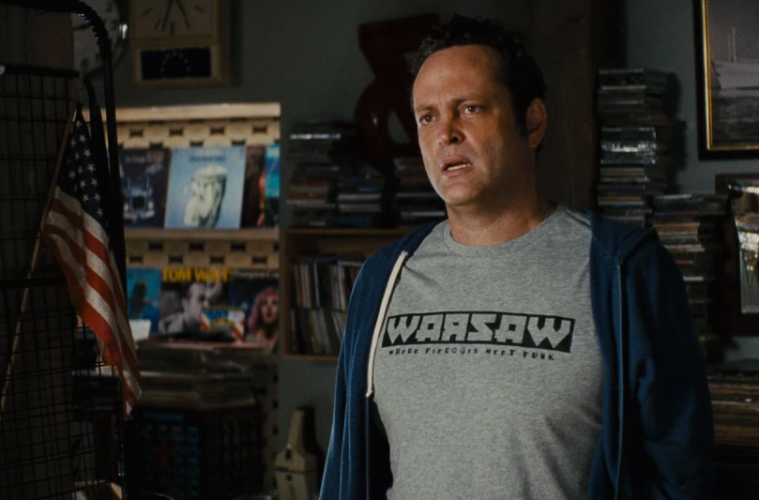 Unless you are Michael Haneke or Alfred Hitchcock, it’s not often that you get to remake your own film, but DreamWorks have recently provided Ken Scott with the opportunity. Just two years ago the Canadian helmer delivered his 2011 hit Starbuck and now with a simple title change of Delivery Man, he’s done the Hollywood version with Vince Vaughn in the lead.

We’ve now got the first teaser today, which presents the funny/terrifying concept of a man who was once a sperm donor and now has 533 biological children, a portion of whom that want to know his true identity. This look is short on footage, but it effectively showcases the concept and has us looking forward to what will hopefully be a fall treat, also thanks to the participation of Chris Pratt. Check it out below for the film also starring Cobie Smulders and Britt Robertson, as well as the trailer for the original.

From DreamWorks Pictures comes “Delivery Man,” the story of affable underachiever David Wozniak, whose mundane life is turned upside down when he finds out that he fathered 533 children through sperm donations he made twenty years earlier. In debt to the mob, rejected by his pregnant girlfriend, things couldn’t look worse for David when he is hit with a lawsuit from 142 of the 533 twenty-somethings who want to know the identity of the donor. As David struggles to decide whether or not he should reveal his true identity, he embarks on a journey that leads him to discover not only his true self but the father he could become as well.