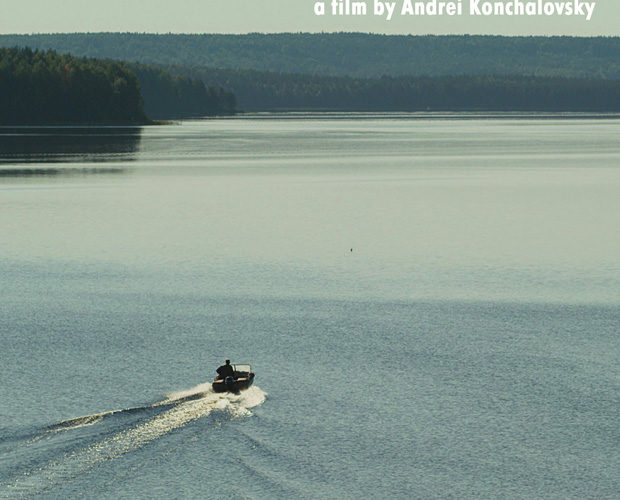 The only Russian entry in a Venice competition with an excellent track record in unearthing gems from the region – highlights from the last decade include Garpastum, Paper Soldier, Silent Souls – The Postman’s White Nights is an altogether different endeavor, coming from an established auteur like Andrey Konchalovskiy rather than new-school talents on the rise.

Returning to his roots in scripted documentaries after 2010’s baffling The Nutcracker 3D, Konchalovskiy and his team went – quite literally – in search of the film, settling for three months around Lake Kenozero, in the Northern Russia region of Arkhangelsk. Here, they trawled the many underpopulated villages looking for non-professional actors who could make for a compelling, semi-authentic study of contemporary rural life. Their biggest discovery is surely the protagonist – blue-eyed, stern-faced postman Aleksey ‘Lyokha’ Tryapitsyn – who spends his days zipping across the lake and delivering not just mail but everything people might need, from groceries to technical equipment. “You can’t send bread via text message,” he warns when quizzed on the looming obsolescence of his profession. It’s a crucial service for his community, under unique socio-geographical circumstances and with settlements scattered and largely unaccessible. On top of that, Lyokha takes it upon himself to act as a sort of counselor, chatty neighbor or big brother – depending on which house he’s visiting.

The backbone of The Postman’s White Nights is made up of such encounters – half-scripted, half-random naturalistic vignettes that flirt with ethnographic curiosity but are mostly content with nonchalant participation. It’s an enjoyable, if rather light on substance, affair, unfazed even by a gentle attempt at narrative progression (the motor from Lyokha’s boat goes missing, while his interest in local cop and single mother Irina – played by one of the few pros in the cast – brings the postman closer to her son). The crisp, richly-detailed cinematography by Aleksander Simonov (who worked on the late Aleksei Balabanov’s final films) nonetheless keeps viewers on their toes throughout. From the first image of Lyokha gliding across the lake – in a stunning over-the-shoulder framing, high enough to exclude any sight of friction with the water – to a late shot in which an actual space rocket flies into space while a mundane conversation continues in the foreground, The Postman’s White Nights keeps inserting moments of inspired visual poetry into its sturdy, meat-and-potatoes foundations.

Undoubtedly a result of having a veteran filmmaker of Konchalovskiy’s calibre steering the ship, the film’s main accomplishment lies in this seamless integration – particularly so given the challenges of working with first-time actors. It’s never more evident than in a lovely scene featuring Lyokha and Irina’s son Timur. They venture deep into the lake in what starts out as yet another unofficial assignment for our postman, only to morph into a magical search for the spirit Kikimora. Making clever use of natural light and the reflections from the woods into the water, Konchalovskiy is able to suddenly turn his audience into a little kid on a boat, equally unsettled and fascinated by what might have just happened.

The Postman’s White Nights premiered at Venice Film Festival. See the trailer above.