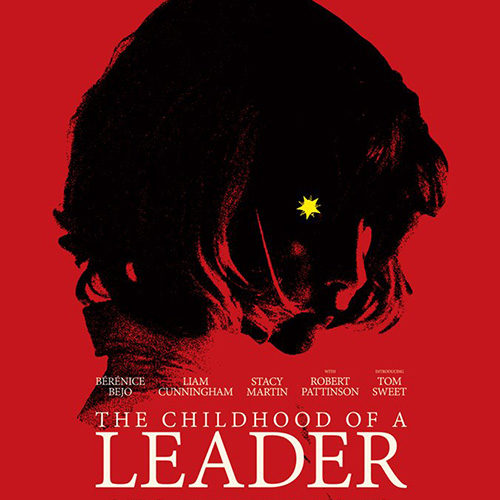 [Venice Review] The Childhood of a Leader

The feature debut from young actor turned screenwriter-director Brady Corbet, The Childhood of a Leader is an ambitious choice for a first project — a period piece tying together the post-WWI political climate and the upbringing of a child in a chateau outside Paris. The film, premiering in the Orizzonti section of the Venice Film Festival, is a huge psychological and tonal balancing act that could crumble at each turn, and yet never does.

Preceded by retro-style credits, WWI-era archival footage and a boldly ominous violin soundtrack, a young boy (Tom Sweet) appears on screen only partially obscured by cascading locks of blonde hair. The year is 1918, and he’s in France because his American father (Liam Cunningham) is working with Woodrow Wilson in preparation of the Paris Peace Conference that would put an end to WWI with the signing of peace treaties. Preoccupied with drawing new borders around the world, the father is capable of little more than absent authoritarianism, while his mother (Bérénice Bejo) has suffered in childbirth, is struggling with religion and doesn’t look too thrilled about following her husband around. No wonder, then, that the boy is acting up. The three chapters of the story are named after the incidents he causes, like throwing rocks at church-goers, or wandering the house naked in front of his father’s guests. Before you picture a regular tale of domestic discomfort, however, it should be mentioned that Corbet is aiming for something far sharper and gutsier. Tightly packed in its 35mm, 1.66:1 aspect ratio, every element of the film is dialed up to eleven, with the aforementioned soundtrack making the person next to me curl up in the seat with her ears covered by the film’s unhinged final scene, or DP Lol Crawley’s dark setups making the most of the crumbling chateau’s creepy atmosphere (“He’s a Muslim” they say of the uncle who decorated it, quickly ending that conversation).

For all its showiness, Childhood remains fluid and subtle in depicting the uncomfortable side of family relationships – thus nailing the central point of Jean-Paul Sartre’s short story of the same title that I assumed Corbet was adapting. While that turned out to be mere inspiration, the film retains its unrelenting desire to test the boundaries of the uncanny, and present a child’s every interaction as a live grenade of morbid implications.

For that, the young Tom Sweet deserves a big chunk of the credit. Earnest and impertinent, he’s child, lunatic and criminal mastermind all at once. It’s like the kid-with-an-adult’s voice played for laughs in the brilliant Tu Dors Nicole – except here the laughs quickly turn to chills.

While the boy manages to unsettle his parents, priest, maid and French teacher, he is in turn deeply affected by the spirit of his time and by the hints, lies and secrets piling up under his roof. But Corbet never turns the film into a game of ‘connect the dots until future leader appears.’ It’s more akin to a sensorial overload, blurring the lines of cause and effect, and as such it is gleefully effective. There are shades of Haneke and Von Trier (Corbet worked with both as an actor) in its willingness to antagonize the viewer, as well as a fondness for the formalism of times past.

What could very easily be received as an irritating, pretentious feature debut is actually a display of controlled madness full of astute touches, like the use of Robert Pattinson’s persona in the few scenes he’s in. Let’s just hope the devoted fanbase he’s been leading into uncharted territory in the last few years will make it to the end of this one.

The Childhood of a Leader premiered at the Venice Film Festival and opens on July 22nd.