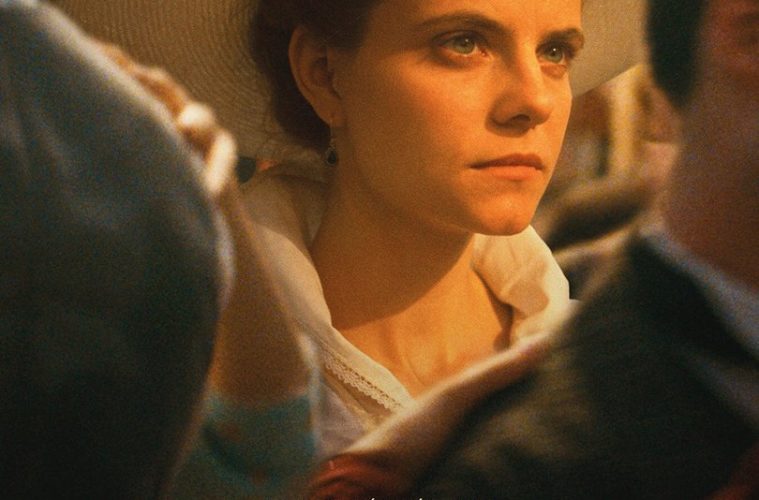 “Let’s see what’s behind this.” That’s the very first line we hear in Sunset, László Nemes’ masterful follow-up to his 2015 breakout Son of Saul, a daring debut that followed the trials of a Sonderkommando member at Auschwitz-Birkenau. The pointed phrase is spoken by the host of a world-famous Budapestian millinery shop during the dying days of the Austro-Hungarian empire. You may think that all sounds about as far away as one can get from the infamous Nazi death camp, yet Sunset somehow proves to be no less nerve-shredding a descent into hell for its lead character, and like Saul it is another film during which the frightening rumble of war can be heard in the not-so-distant background.

By my count, Son of Saul is the only Cannes Competition title in the last 5 years to be screened on 35mm. This week, Sunset (as well as Brady Corbet’s Vox Lux) enjoyed that same rare treatment in Venice. Moreover, when the director’s name appeared on screen during the opening credits it was met with more reverence than that which had greeted Leigh, Assayas, and Cuarón, to name but three. So how exactly does one garner such care and adoration in such a short space of time? Well, it might help if you cut your teeth as a filmmaker working for Béla Tarr, and it doesn’t hurt to have had your debut selected for Cannes in the first place (a rare feat) or, what’s more, to win second prize there and then an Oscar.

And how does one follow up such a celebrated debut? You could make a film like Sunset, in which Juli Jakab plays Írisz Leiter, the should-be heir to a world renowned hat store that still bears her family name. It’s her that the clerk’s line is directed at in Nemes’ exquisite opening shot, as her veil is lifted to introduce the viewer to the three things we’ll be seeing a great deal of: Jakab’s face, a peculiar sense of subterfuge, and, well, nice hats. Indeed, with Sunset, Nemes has returned to what can now be regarded as his immersive signature style, a film told through close-ups, whispers, shallow focus, and long takes during which the protagonist seldom, if ever, leaves our eye-line.

Nemes’ script might be best described as a trip down a rabbit hole. For unexplained reasons, Írisz’s parents are no longer around and their store is now in the hands of a man named Brill (played by the rather fittingly named Vlad Ivanov), a well-dressed thug who appears to be grooming the young, beautiful women on his staff in order for them to be “chosen” to serve the Habsburg royals in Vienna. Írisz’s brother proves almost as elusive as her parents, appearing here and there with an anti-aristocracy revolutionary group that might represent the Black Hand. For reasons I am still trying to decode, Írisz begins to investigate Brill’s shady dealings with the royal family.

As with any righteous character coming up against unfathomable power, it proves a rather unsafe ride. Like Son of Saul, we follow her every movement and Nemes’ Dantean tendencies soon turn Sunset from sumptuous period piece into an escalating nightmare where horrors lie in wait around every corner. Though this dizzying sense of imminent violence is what Nemes does best, some viewers may be put off by how Sunset uses rape in service of what could cynically be described as a thrill ride, à la Son of Saul used the horrors of Auschwitz to similar ends.

Sunset is not minus faults–the key MacGuffin is a familiar one, to say the least, but it is also arguably one of the most durable of its kind in cinema, one I don’t think I will ever grow tired of or, indeed, find less terrifying. We shouldn’t give much away, but it won’t take long before audiences guess where Írisz’s path is leading to. The question, as ever with these kinds of things, is: just how far down the rabbit hole will she go? Another mystery–perhaps the real mystery (and the one I still can’t quite shake)–might be what exactly it is that Írisz symbolizes. “The horror of the world lies behind these infinitely pretty things” is a line spoken by one of her brother’s comrades; if the hat shop he’s referring to represents the decadent fecade of a rotten empire, then who is defiant, determined Írisz–a child of that same store and a woman who refuses to listen to anyone–in that metaphor? Only in the jaw-dropping final shot will Nemes provide some sort of clue to his riddle.

Sunset is a film awash with such delicious ambiguities, almost to the point of damaging its basic cogency at times (not least in simple geographical terms). That said, however disorientated I became while watching Sunset, I never grew frustrated. I did, however, begin to backtrack and second-guess myself just a little, which somewhat diminished the experience (and from speaking to other critics, I was not the only one). Yet the ambiguous will always face such early criticisms–just look at Mullholand Dr.–and I not only plan on seeing Sunset again; I will relish the challenge. It is difficult to find comparisons on a formal scale, and that the plot relies on a few reliable tropes does not distract from how clearly this is the work of a master.

Simply look once again at Mátyás Erdérly’s gorgeous opening shot as the veil is lifted from Írisz’s face: the patience of it; the beauty of it; and the simplicity of its meaning. Nemes is 41 years old. It’s humbling to think, but he might only be getting started.