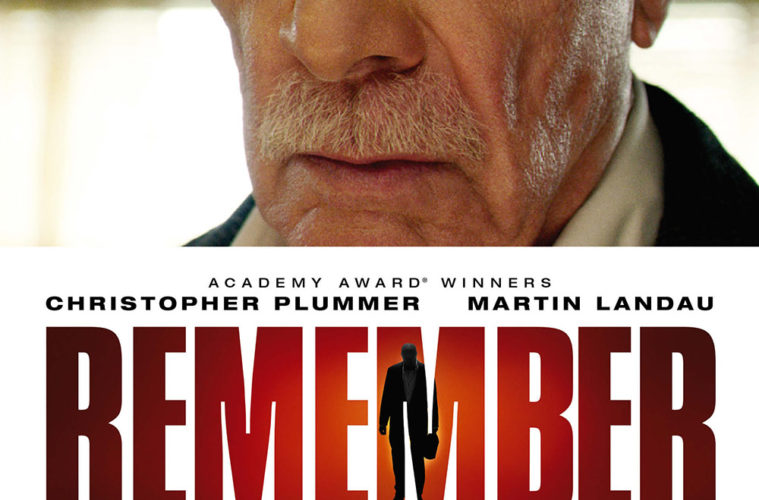 A partial return to form for director Atom Egoyan comes in this Christopher Plummer-starring geriatric revenge thriller – Nazi hunting for the Best Exotic Marigold Hotel generation, if you will.

Christopher Plummer is Zev, a Jewish Holocaust survivor penned up in a nursing home, his memory fading fast with senile dementia. His best friend is the wheelchair-bound Max (Martin Landau), who immediately recognizes him from his own block at Auschwitz seventy years before. Max himself worked with the Simon Wiesental center to round-up fugitive Nazis, and sees Zev as a way to find his final escaped war criminal.

After Zev’s wife Ruth’s death, a fact about which, due to his dementia, he has to be constantly reminded, Zev agrees with Max to finally seek out and kill a Nazi guard who murdered his and Max’s family at the Nazi death camp in German-occupied Poland. Indeed it’s Max who does much of Zev’s remembering for him, writing a long letter Memento-style detailing where to find the mysterious Rudy Kurlander, the Nazi block commander who, like many, emigrated to America after the war under an assumed name.

Zev’s stumbling block is that there are four living 90-something year-old Kurlanders, so Zev undertakes a cross-continental road trip after slipping away from his nursing home one night. He buys a gun – an Austrian Glock no less – and follows Max’s instructions to the T, taking on the struggles of transporting pistols across borders and a Pavlovian fear of Alsatians.

Remember is part vengeance thriller, part contemplation of the nature of memory and its inevitable demise, and Benjamin August’s debut script has a tendency to wildly switch between the two. But it is steadily supported on the shoulders of Christopher Plummer, still mesmerizing in his twilight years. There is more to read in his every wrinkled brow than a thousand other actors’ performances. He has the weight of experience, if not in this instance memory, in his cragged visage.

The more genre revenge elements are still well-handled by Egoyan, who has evidently moved on from his career nadir after the woefully reviewed Captives starring Ryan Reynolds. Perhaps most enjoyable is watching the stalwarts older actors in fine performances – including Plummer (85 years old), Landau (89), as well as Bruno Ganz and Jurgen Prochnow (both 74). It might have been pleasant to see some fellow woman actors too, however.

As is natural in these sorts of genre thrillers, it is in the last of this group of four that Zev finds his man, as he checks off each name Kill Bill-style on his list. But it’s not before an outrageous bit-part from Dean Norris (Breaking Bad). His neo-Nazi is brash and terrifying, a madcap who expects Zev to play along with talking about the “good old days” of Kristallnacht. It’s equally fun to watch his horrified expression on learning Zev is in fact a Jew – with a gun.

Many will find the film’s final twist hard to take, especially after an unnecessary coda, but Remember remains a thought-provoking revenge drama that questions the ethics of violence so many years later, when memory, let alone hatred and guilt, has long gone.

Remember premiered at the Venice Film Festival and opens on March 11th.