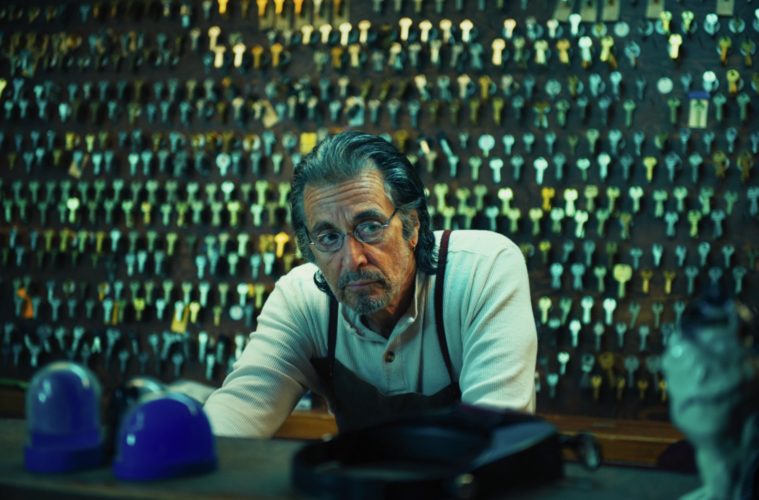 With Prince Avalanche and Joe (also competing for the Golden Lion in Venice) audiences could feel very comfortable in their newly-repositioned set of expectations about David Gordon Green, after the early twist and turns of his career path. Manglehorn therefore came packaged with the unusual feeling of knowing what you were in for. The story of an aging locksmith who doesn’t do much at all besides opening car doors for strangers and writing doomed letters to a long-lost love, is yet another mournful, delicate study in male solitude.

This time, though, something’s amiss. Gordon Green is a master of atmosphere, with an uncanny ability to plunge a character into instantly-believable loneliness in just a few shots. It happens again with Al Pacino‘s A.J. Manglehorn, and you’ve already bought it by the time he comes home from work to take care of his beloved cat. Regrettably, Green’s grip on the movie seems to waver soon after, never finding a balance between A.J.’s surviving affections (besides the cat, there’s a resentful son and a hopeful bank clerk who bonds with Manglehorn over their love of pets) and the exploration of his discontent. In the meantime we meet mimes, we get an in-depth look at veterinarian procedures and we are treated to dissolving montages of Pacino’s letters to a woman who has seemingly disappeared. “I bet on you,” he writes, and it’s a worse investment than the hours he spends in front of a slot machine. The poetic and the naturalistic clash together, and it doesn’t look like it was done on purpose. As if attracted by the tonal inconsistencies, Harmony Korine himself shows up as a Manglehorn die-hard admirer and owner of a shady beauty salon. He’s heart-breakingly annoying, but at least it’s less generic stuff than the troubled relationships with his son (Chris Messina) and prospective partner (Holly Hunter). Since we’re in Texas and in a David Gordon Green film, the involvement of Explosions in The Sky in the soundtrack (along with David Wingo) is a given, but always welcome.

A lot of ingredients have been thrown into the Manglehorn mixer, but the switch is still set to off. Neither as idiosyncratic as Prince Avalanche, nor solidly clinging to a genre lifeline as Joe, the film ultimately rests upon Pacino’s shoulders. It’s one of the better performances in the last few years for the legendary actor – restrained, pissed off and spaced out at the same time – but similarly to his turn in Barry Levinson’s The Humbling, it doesn’t make up for the film’s shortcomings.