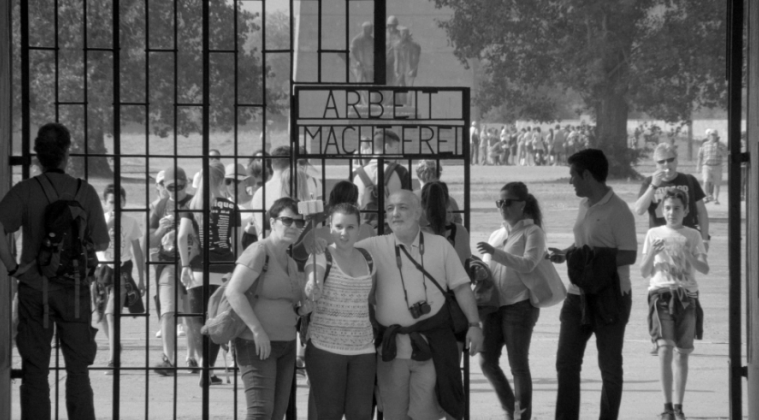 Having experimented with feature-length fiction films, shorts, and archival-footage documentaries in the course of his career, Sergei Loznitsa’s output since his 2014 Ukrainian crisis documentary Maidan has both garnered him greater acclaim than before and zeroed in on cinema as a collectively generated form.

In Maidan, Loznitsa’s camera is on the ground, observing the crowd gathering in Kiev for what was initially a pacific protest against President Yanukovych. Watching the film’s early scenes and knowing what’s going to happen later gives a devastating power to those hopeful, spontaneous short moments around the square. You are watching a revolution while it’s happening, but it’s that plurality, that mixture of faces passing by, that prompts you to assemble it in your mind. Similarly, 2015’s The Event captures the essence of uncertainty in a crowd as history is unfolding — or is it? Loznitsa’s films are magnetically attracted to collectivity, quickly establishing a moving perimeter in which the viewer becomes an active part of the scanning and decoding process.

Austerlitz, the director’s new documentary, is once again concerned with large groups of people and the act of watching, except, this time, there is no event. History is already locked in the past — but how do we remember it? How do we experience it?

By filming wave after wave of tourists visiting the former Nazi concentration camp of Sachsenhausen, near Berlin, Loznitsa is asking questions of us through their actions. There are 39 shots in 94 minutes, not counting title cards. The fixed camera, in digital black-and-white, starts outside the camp, near the entrance, before making its way to the main gate, the courtyard, the interior halls, the crematory ovens, and back out again.

It’s initially easy to fall into a rhythm familiar to anyone who has seen Loznitsa’s previous films. You study faces, take note of who enters and exits the frame, get a sense of the space around them as they walk. But Austerlitz introduces an element of judgement, as some actions from the unsuspecting visitors begin to appear inappropriate. Is a “Cool story, bro” t-shirt the tipping point of distastefulness? Or perhaps one sporting the Jurassic Park logo? Is at the appearance of the first selfie stick (around the half-hour mark) that you draw the line?

Surely anyone can agree that posing for a picture with arms behind your back in front of a torture pole is just wrong, and the same goes for that happy family at the end, snapping three different pictures with their selfie stick under the infamous sign “Arbeit Macht Frei.”

Nonetheless, if you keep watching long enough, the very act of showing up becomes problematic. There is a fundamental incompatibility between the notion of a death camp and the innately human shortcomings of our attempts to witness it.

In a nutshell, the uneasiness of this realization is the film itself. Loznitsa milks it expertly, ever the master at subtly linking one image to the next. The 39 shots are often in conversation with each other — you create a mental map of the place by observing shot-reverse shot pairings, or getting closer to one of the buildings after seeing it in a wider framing. The sound design tells a story, too — footsteps, voices, bells, the hauntingly repetitive squeaking of the doors with dozens of people going in and out. The editing creates a flow in which some become more prominent than others for a while before receding into the background and nudging your attention towards the next acoustic lead.

Austerlitz poses an ethical dilemma. How do you keep the memory alive if you can never occupy the same physical space? Is that guy staring into the dark metal of a crematory oven feeling uncomfortable because of that same thought? And if he isn’t, can we forgive him for thinking about what he’s having for lunch? After all, as one of the tour guides says, “If we hurry, we can take a longer break.”