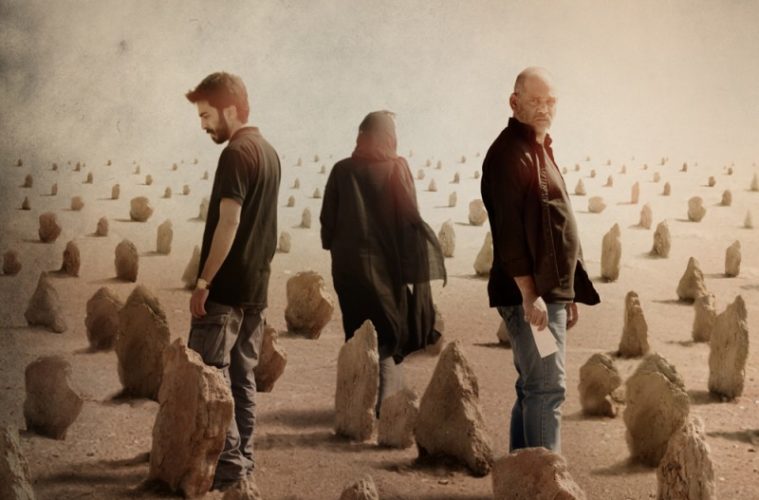 In William Faulkner’s elegiac southern gothic tale As I Lay Dying there’s an oft-cited passage that resonates with the novel’s core theme of radical subjectivity: “Sometimes I think it ain’t none of us pure crazy and ain’t none of us pure sane until the balance of us talks him that-a-way.” It’s uttered by Cash, the eldest son of the Bundren family, about his brother Darl following his committal to a mental institution upon suspicion of burning down a barn. It’s wistful insight into a troubled mind that struggles to articulate his feelings, although the novel splays them out in thorough detail.

Moments such as this echo throughout, penned in captivating stream of consciousness prose that lend each character’s distinct perspective to the reader, often reflective of Faulkner’s fevered state of mind, having written the entirety of the story’s published, unedited manuscript over the course of six weeks while working the night shift at a power plant. The text is so rich in sensorial details and textures that it poses an immediate conundrum for the potential adapter: how can these be depicted in a visual medium? Somewhat infamously, James Franco enlightened the world with his very own adaptation of the Faulkner original, a bloated, pale imitation of its source material. Anyway, the less said about Franco’s vanity projects the better.

As I Lay Dying is the debut feature from Iranian filmmaker Mostafa Sayari, who along with co-writers Behnam Abedi and Hamed Hosseini Sangari transpose the classic Mississippi tale to contemporary rural Iran, depicted here as a seemingly unending desert dotted only by the dilapidated remnants of a society increasingly embracing modernity, leaving some of the older generations in the proverbial and literal dust. Sayari’s background is in psychology and it becomes apparent early on that this area is the focus of his storytelling ambitions.

The film opens with the eldest son of a traditional Iranian family giving a testimony to a responding investigator who roundly chastises him for providing the medication that led to the likely cause of death of his father. This is also where it becomes apparent Sayari’s aims to deconstruct the gender codes of the surviving family members, three brothers and their sister with a specific emphasis shown toward the crumbling masculinity of the men, each gradually succumbing to grief and the repulsive stench emitting from their father’s rotting corpse that worsens over the following two days. If Sayari’s work is meant to borrow the title of Faulkner’s novel as an allusion or so as to invoke the novel as opposed to suggesting some form of meaningful adaptation—it does alter the key detail of the matriarch being the deceased after all—then it falters at being much of anything, as a great deal of its drama and implied depth seeming inert.

There’s little relevant sociopolitical inflection to detect aside from the youngest son sporting a dirtied Lacoste polo and the daughter’s defiance toward cultural customs leading to one of the film’s best exchanges, although it’s filmed with little fervor. This seems odd given these aspects tend to give way to some of the novel’s most radical aspects of identity and perspective in the poverty-stricken south. Some scenes that allow the uniformly stoic brothers to display vulnerability, such as when the eldest son is reduced to tears at having to refer to his father as “rotten meat” to avoid an embarrassing situation, are effective, but at the end of the day they’re just buoys lost in an ocean of unproductive languor.

Dying is a lethargic film, tonally and formally, perhaps even by design. Each performance from the cast verges on non-demonstrative and it deflates the film of any momentum that may have developed in the meantime. This might be acceptable in if the overwhelming malaise was at all captivating, yet most of it is edited with a reverence toward itself that’s just plain dull. Scenes that take place inside vehicles are handled with a relative deftness, as are exterior shots. However, interiors are often over-lit and suck the depth right out of the image. Dialogue exchanges are no better, with the most imaginative composition—contrasting the world-weariness of the investigator and eldest son with the film’s sole shot of the deceased father—occurring very early on. Overall, the images tend to have a uniform flatness reminiscent of countless low-budget, digitally-shot independent features. It’s a shame there’s yet to be a direct adaptation of Faulkner’s classic tale that is truly of note.

As I Lay Dying premiered at Venice International Film Festival and is streaming on Festival Scope through September 19.