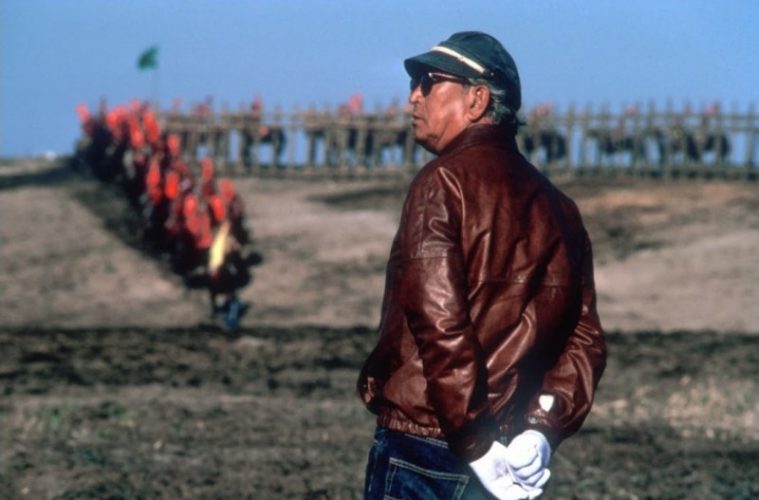 It’s been nearly two decades since the passing of Akira Kurosawa and since then we’ve seen a few posthumous works based on his unfilmed scripts, including 1998’s After the Rain and 2002’s The Sea is Watching. In 2020, we’ll be getting together. It’s been announced that two major Chinese production companies are teaming to produce The Mask of the Black Death.

Huayi Brothers Media and CKF Pictures are teaming to bring Kurosawa’s script, based on Edgar Allan Poe‘s short story The Masque of the Red Death, to screens, reports China.org (via AkiraKurosawa.info). Written by the Yojimbo director in 1977 following production on Dersu Uzala — when he was also working on Ran and Kagemusha — the story is set in a apocalyptic landscape with a plague threatening the world and the royal family ignores the suffering of those afflicted.

Although a release is planned for 2020, no director has been set yet, with producers reportedly looking for an up-and-coming helmer, and also open to those outside China. This news comes a few months after it was announced that an unproduced Ingmar Bergman script — which he wrote for a potential collaboration between Federico Fellini and Kurosawa — would be filmed for a 2018 release.

As we await news on who will direct this unproduced Kurosawa script, check out the screenplay below at Cinephilia & Beyond, as well as their synopsis.

Edgar Allan Poe’s original story is a mid-19th century take on the inevitability of death, as we follow a prince eager to avoid an outbreak of a deadly disease that has swept over his land by hiding behind the seemingly safe walls of his castle. The prince and his noblemen ignore the sufferings of the people around their fort, determined to wait for the plague to perish all the while having a jolly good time. Things change for the worse when one of the guests at their masquerade turns out to be Red Death itself. Poe’s story has been adapted in several forms, but the first thing that comes to our mind is the 1964 film with Vincent Price.