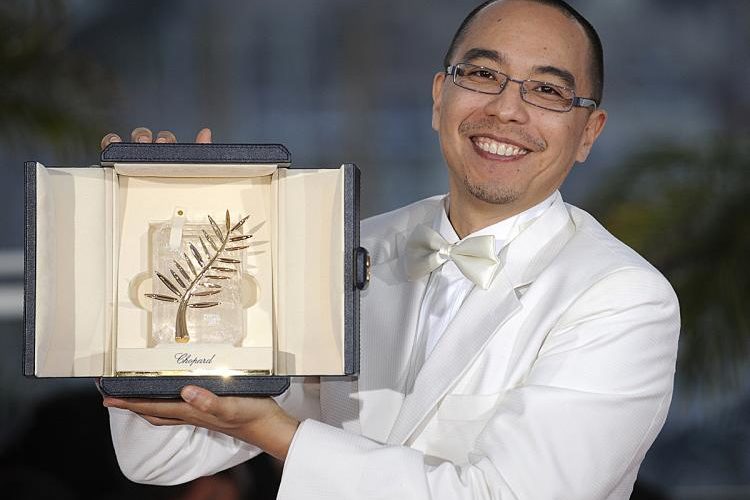 After winning Cannes Film Festival’s highest honor with the Palme D’or in 2010 for Uncle Boonmee Who Can Recall His Past Lives, Thailand director Apichatpong Weerasethakul returned to France last year with his short Mekong Hotel, but now he’s finally setting his sights on his next two feature films and we’ve got new details on both today.

First revealed last fall, we got details that made his next film seem not too far off from an Inception sequel, set in the world of sleep. Following characters who suffer from sleeping sicknesses, the director said how he wanted to focus on how their mind works during that specific time, how light can influence their dreams and memory and to embrace questions of time and memory as well as “remember and re-experience his past.”

Recently speaking with The Hollywood Reporter, the director revealed the title of the film as Cemetery of Kings. Uncle Boonmee and Syndromes and Century actress Jenjira Widner will be reteaming for the film, this time playing a nurse who must care for 27 soldier suffering from sleep sickness. With the script done, shooting will likely kick off by the end of 2013, as he continues to raise the other half of the $1 million he needs (Kickstarter, anyone?).

That’s not all though, as the director also briefly discussed yet another film, one that will directly follow Cemetery. Untitled for now, he describes it as an “meditation on the landscape of Bangladesh,” and will mark the first time he makes a film outside his native Thailand. The project reportedly stems from his time in the South Asian country, where he admired the “the landscape, monsoons, and the people.” He add, “it’s a very active and powerful setting.” As we await updates on both of these films, check out a full synopsis for Cemetery of Kings below.

In a small town in Thailand, twenty-seven soldiers come down with a strange case of sleeping sickness. An abandoned elementary school is converted to accommodate them. Jenjira Widner, a middle-age Thai lady who is married to Frank, a retired soldier from the US, volunteers to tend to the sleeping soldiers. She takes special interest in Itta who has no visiting relatives.

At the public library, Jenjira meets two phantoms who tell her about a buried cemetery of kings underneath the school/hospital. Jenjira is alarmed and feels more protective towards Itta. At the same time, the young soldier makes her heart flutter. Frank, her husband, becomes suspicious.

Jenjira’s fear and confusion trigger a strange dream that she shares with Itta, a dream that involves a large unidentified creature on the Mekong River’s shore. Its carcass leads Jenjira to Itta’s imaginary girlfriend, Phon, who revitalizes her with the power of poems, remembering, and touching. At the shore, Jenjira fulfils her fantasy of having a younger man begging for her love. Not far away, the dead animal is cut up. Its belly is full of marigold flowers in various stages of decay.

Are you looking forward to the next two films from Apichatpong Weerasethakul?