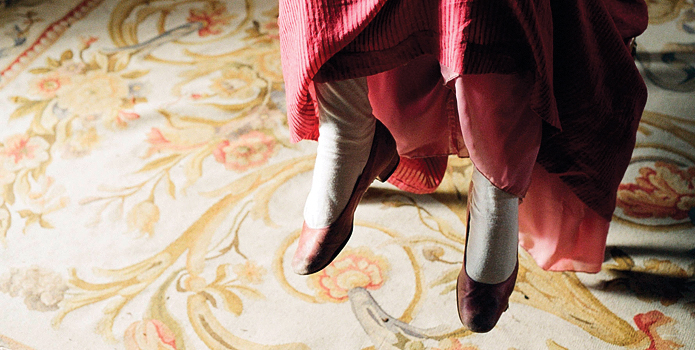 One of my favorite films at TIFF this year was Andrea Arnold‘s Fish Tank follow-up Wuthering Heights. The adaptation of Emily Brontë‘s classic was picked up by Oscilloscope Pictures for a 2012 release, but it will hit UK theaters by the end of the year. After posting four minutes of clips, The Guardian has debuted the first trailer.

It is quite representative of the film with gorgeous visuals, little dialogue and retaining the full-frame aspect ratio. It even retains a similar structure, as we see cuts to bugs crawling through the grass, one of her many transitional shots. One can read my review here and check out the trailer below. A poor young English boy named Heathcliff (Howson) is taken in by the wealthy Earnshaw family where he develops an intense relationship with his young foster sister, Cathy (Scodelario).