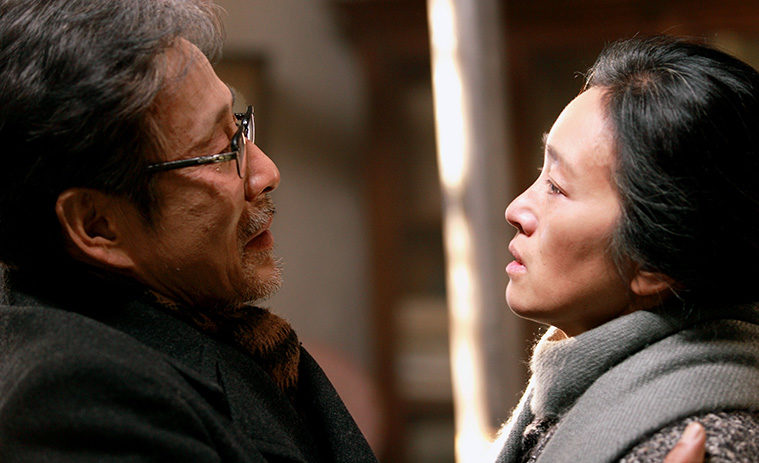 For a sweeping historical melodrama directed by and starring China’s best-known talents, Coming Home has fallen a bit flat. Following festival engagements (Cannes and Toronto included) that paled in comparison to its competition and a couple of trailers you may have not seen, here’s the advertisement for its imminent U.S. opening. Will the marketing toward a domestic audience create a bit of spark? Is this the one that finally does it?

Well, it is sweeping, melodramatic, and has some nice images — thanks to cinematographer and frequent collaborator Zhao Xiaoding — so there are certainly angles to latch onto, so long as that’s your thing. If nothing else, our review from TIFF suggests something a bit more varied than what’s being sold — “an effective drama consisting of devastating performances,” but also one in which “Yimou uses “subtle humor to deflect the otherwise severity of what has happened to novelist Geling Yan’s characters.”

Lu Yanshi (Chen Daoming) and Feng Wanyu (Gong Li) are a devoted couple forced to separate when Lu is arrested and sent to a labor camp as a political prisoner, just as his wife is injured in an accident. Released during the last days of the Cultural Revolution, he finally returns home only to find that his beloved wife has amnesia and remembers little of her past. Unable to recognize Lu, she patiently waits for her husband’s return. A stranger alone in the heart of his broken family, Lu Yanshi determines to resurrect their past together and reawaken his wife’s memory.

Coming Home will open in New York and Los Angeles on September 9.