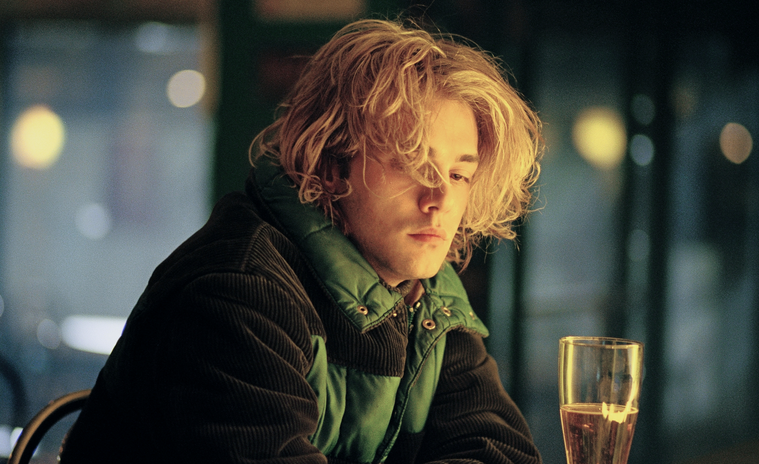 While his work is certainly appreciated in Canada and elsewhere around the world, it seems to be taking the United States a little more to time to recognize the films of Xavier Dolan. His latest, Cannes-winning film Mommy was the first of his features to get decent distribution (earlier this year), and now, finally, his 2013 drama Tom at the Farm will get a U.S. release this August thanks to Amplify.

Adapted from Michel Marc Bouchard‘s play, it finds the helmer in psychological thriller territory, tracking a young ad executive who heads to a funeral, only to realize no one there knows of his relationship with his now-dead lover. I had the chance to see it last year at a MoMA screening and found it to be a deep plunge into a nightmare of fear, equally impressive for how intense, funny and unsettling it can be all at once. We now have a U.S. trailer (via Apple) and poster which can be seen below for the film starring Dolan, Pierre-Yves Cardinal, Lise Roy, and Evelyne Brochu.

After the sudden death of his lover, Guillaume, Tom (Xavier Dolan – Mommy, Heartbeats, I Killed My Mother), travels from his home in the city to a remote country farm for the funeral. Upon arriving, he’s shocked to find that Guillaume’s family knows nothing about him and was expecting a woman in his place. Torn between his own grief and that of the family, Tom keeps his identity a secret but soon finds himself increasingly drawn into a twisted, sexually-charged game by Guillaume’s aggressive brother (Pierre-Yves Cardinal), who suspects the truth. Stockholm syndrome, deception, grief, and savagery pervade this psychological thriller from filmmaker Xavier Dolan.

Tom at the Farm hits theaters and iTunes on August 14th.