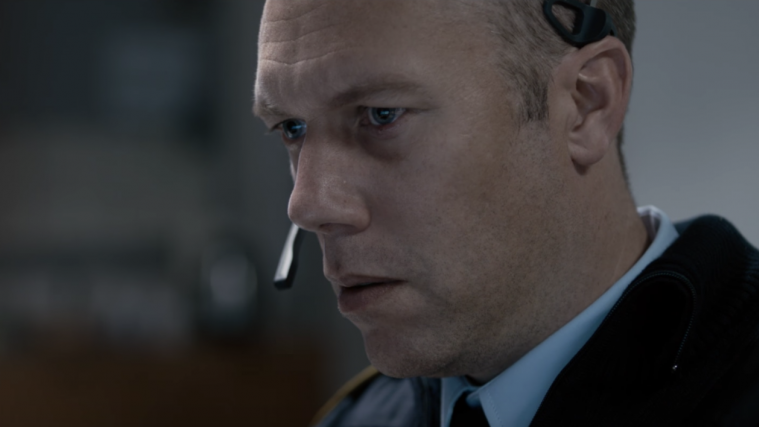 U.S. Trailer for ‘The Guilty’ Previews a Great Entry into the One-Location Thriller Genre

Following its initial premiere at the 2018 Sundance Film Festival earlier this year, The Guilty now has its first U.S. trailer and a release date slated for later this fall. The film went on to win the World Cinema Audience Award at Sundance and had subsequent festival screenings at New Directors/New Films, Sydney, and Karlovy Vary International Film Festivals – as well as many others.

Marking Danish director Gustav Möller’s directorial debut, The Guilty centers on Asger Holm (played by Jakob Cedergren), a stoic emergency service operator who finds himself unusually invested in a new case involving a violent abduction and kidnapping. After its premiere, the film received high praise for its suspense and strong screenplay, which Gustav Möller wrote alongside Emil Nygaard Albertsen. The first trailer for the film showcases both of these elements, displaying the film’s tight cinematography accompanied by a tense and urgent piece of score.

Our own John Fink caught the film at Sundance and cited director Gustav Möller’s immense attention to detail and nuanced technicalities in his review: “Making good use of close-ups, including twitchy eyes, headsets, computer screens, and tools of an emergency dispatcher–notably a red light that turns on when he takes a call–the film could have very easily been a play, radio drama, or narrative podcast. Instead Cedergren and Möller focus on story and nuance. The action is just as vivid, even if wholly psychological, as any race against time action thriller.”

Courtesy of Magnolia Pictures, The Guilty will begin its limited theatrical run on October 19th. Check out the first trailer and poster below.

When police officer Asger Holm (Jakob Cedergren) is demoted to desk work, he expects a sleepy beat as an emergency dispatcher. That all changes when he answers a panicked phone call from a kidnapped woman who then disconnects abruptly. Asger, confined to the police station, is forced to use others as his eyes and ears as the severity of the crime slowly becomes more clear. The search to find the missing woman and her assailant will take every bit of his intuition and skill, as a ticking clock and his own personal demons conspire against him. This innovative and unrelenting Danish thriller uses a single location to great effect, ratcheting up the tension as twists pile up and secrets are revealed. Director Gustav Möller expertly frames the increasingly messy proceedings against the clean Scandinavian sterility of the police department, while Cedergren’s strong performance anchors the film and places the audience squarely in Holm’s tragically flawed yet well-intentioned mindspace.