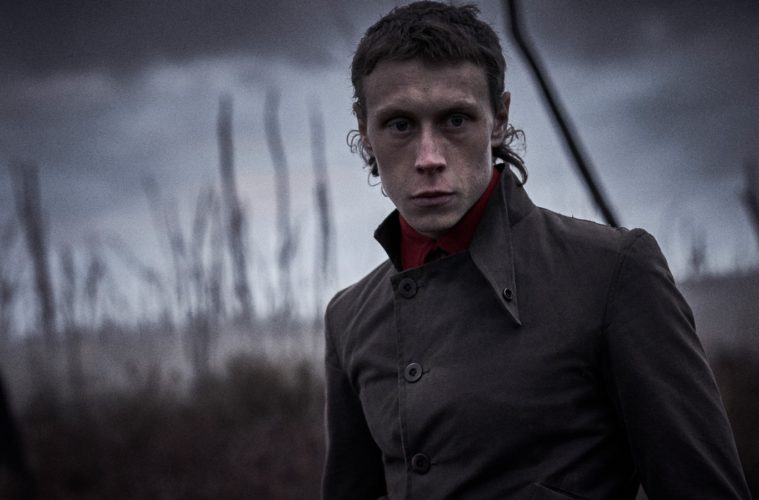 After the lukewarm reception of his big-screen adaptation of Assassin’s Creed, Justin Kurzel (Snowtown, Macbeth) has returned to his indie roots for his next feature. An official selection at TIFF, IFC Films has now unveiled the pulsating U.S. trailer for True History of the Kelly Gang, starring George Mackay (1917), Essie Davis (The Babadook), Nicholas Hoult (Mad Max: Fury Road), Russell Crowe, and Charlie Hunnam. Currently, the film is set to be released in theaters on April 24, followed by an on demand and digital release on May 8, but we imagine things could shift depending on the current theater closures.

Based on a novel by Peter Carey, the film conveys the story of Ned Kelly (Mackay), the infamous Aussie outlaw, from his childhood to his adulthood all the while embellished with falsehoods and evoking a punk rock aesthetic that is fitting for the notorious figure of history.

In our review by C.J. Prince, he praises attributes of the film while also acknowledging its shortcomings conveying, saying, “But Kurzel’s film is a strange one in how it takes its time building a conventional foundation before flirting with the idea of knocking the whole thing down. It leads to mixed results that, by the end, come out just slightly in the film’s favor.”

See the trailer below, along with an international poster.

Set amidst the grueling badlands of 19th-century Australia, legendary outlaw Ned Kelly (George MacKay,1917, Ophelia) grows up under the bloody and uncompromising rule of the English. Food is scarce, survival is filled with daily strife, and every opportunity the colonizers take to make their victims feel powerless is inflicted with searing brutality. In a desperate attempt to prime him for rebellion, Ned Kelly’s mother (Essie Davis, The Babadook), sells him off into the hands of the notorious bushranger Harry Power (Russel Crowe, Cinderella Man, L.A. Confidential), where the young bandit discovers he comes from a line of warriors called the Sons of Sieve. Fueled by his roots and a voracious appetite for revenge, Ned Kelly leads an anarchist army to wreak havoc on their oppressors in one of the most audacious attacks the country has ever seen. Grimy, gritty, and full of action-packed thrills, True History of the Kelly Gang brings a revolutionary twist to an iconic piece of folklore.

True History of the Kelly Gang opens on April 24 in theaters and on May 8 on VOD.