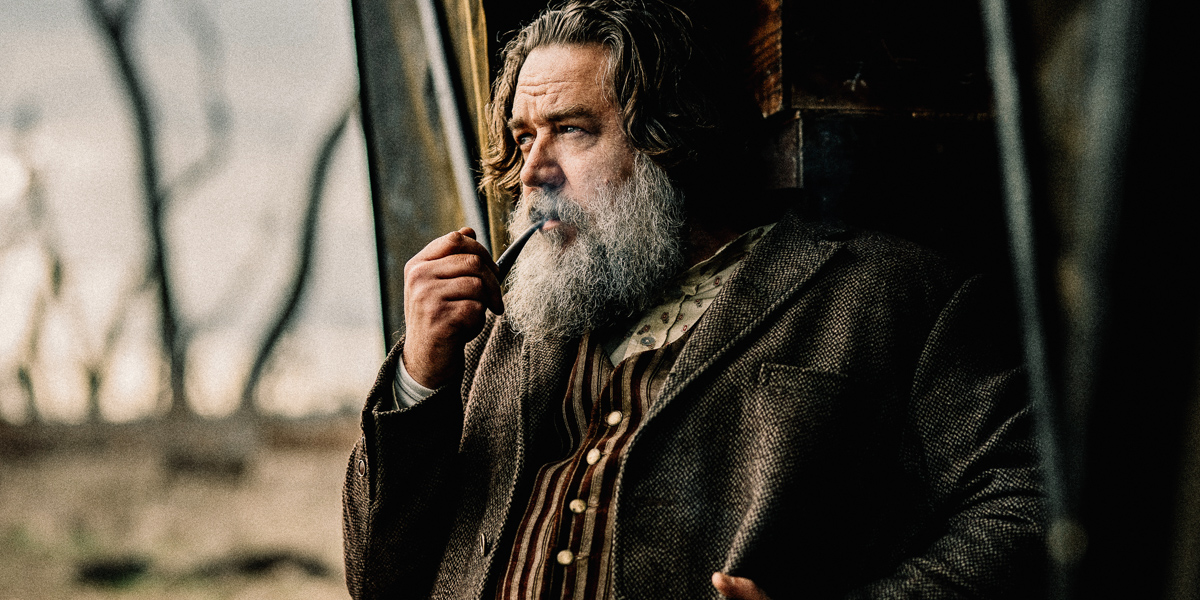 True History of the Kelly Gang opens with a title card stating that nothing in the film is actually true, a convenient choice for director Justin Kurzel as it lays out his film’s main point from the very start. The film is an adaptation from Peter Carey’s novel of the same name, and the title is meant to be a little ironic. Carey wrote his novel from the perspective of Australian folk hero Ned Kelly writing his autobiography, but the story was full of embellishments and untruths. Kurzel and writer Shaun Grant stick to this idea, throwing in anachronistic choices throughout the late-1800s setting to evoke a punk rock mood, which aligns nicely with Kelly’s own rebellious nature.

Kurzel isn’t so radically minded when it comes to structure, as the film plays out in a linear chronology of events. Split into three parts (“Boy,” “Man,” and “Monitor”), it falls into the usual trap of biopics where it assumes the interest in the early life sections will come from an anticipation of where we’ll end up. In “Boy,” we see a young Ned Kelly (Orlando Schwerdt) for the first time heading home, where he sees his mother Ellen (Essie Davis) having sex with an abusive Sergeant (Charlie Hunnam). Ned’s father Red (Ben Corbett) lets it happen, before the Sergeant drags him off to prison where he eventually dies. Some time later, Ellen sells Ned to notorious bushranger Harry Power (Russell Crowe), who teaches him how to rob and kill. If anything, this section makes a good case that the real tragedy of Kelly’s life was having a series of messed up parental figures. In “Man,” the pace picks up to the point where it rushes a little too fast for its own good. We now see a grown-up Kelly (George MacKay) returning home, where he sees his now older siblings have formed into a gang of bandits. He also makes an acquaintance out of Constable Fitzpatrick (Nicholas Hoult), but several scenes later becomes his arch-nemesis after he tries to arrest his brother and seduce his sister. Hoult turns out to be the film’s biggest surprise as Fitzpatrick, exuding confidence and a seductive energy in the way he deals with Kelly. While never realized, there’s an undeniable attraction between the two men that finally gives the film some much-needed energy. It’s only unfortunate that it’s so short-lived, as Kelly the man is not yet Kelly the legend, and so the film must move on.

With the final section “Monitor,” Kurzel finally lets loose in a way that almost turns the film around from its more serviceable early stretches. Now with an army of followers and a reputation around the country, Kelly prepares for the police attack that ends up being his downfall. As with the “Man” section before it, elements get expedited to detrimental effect (outside of one training sequence, Kelly’s army vanishes almost as soon as it appears), but the eventual shootout between the gang and police is a hallucinogenic, stroboscopic delight. The sequence itself feels like Kurzel has finally come untethered, employing a wild, freewheeling style in comparison to the more grounded elements of the first two parts. I just don’t know why Kurzel ever felt the need to be tethered in the first place. Still, there’s much to admire in True History of the Kelly Gang and how it transforms into a much better film as it goes along. Performances are strong across the board, with Essie Davis being a standout as the devoted and deranged matriarch of the Kelly clan. Cinematographer Ari Wegner makes good use of the wasteland the Kellys call home, surrounded by dead trees that she illuminates at nighttime with striking, slow-motion imagery. And the film’s dealings with the animosity between residents and the British upper class oppressing them ties nicely into the conclusion, where we see the fate of both Kelly and his writings. But Kurzel’s film is a strange one in how it takes its time building a conventional foundation before flirting with the idea of knocking the whole thing down. It leads to mixed results that, by the end, come out just slightly in the film’s favor.

True History of the Kelly Gang premiered at the Toronto International Film Festival and opens on April 24.