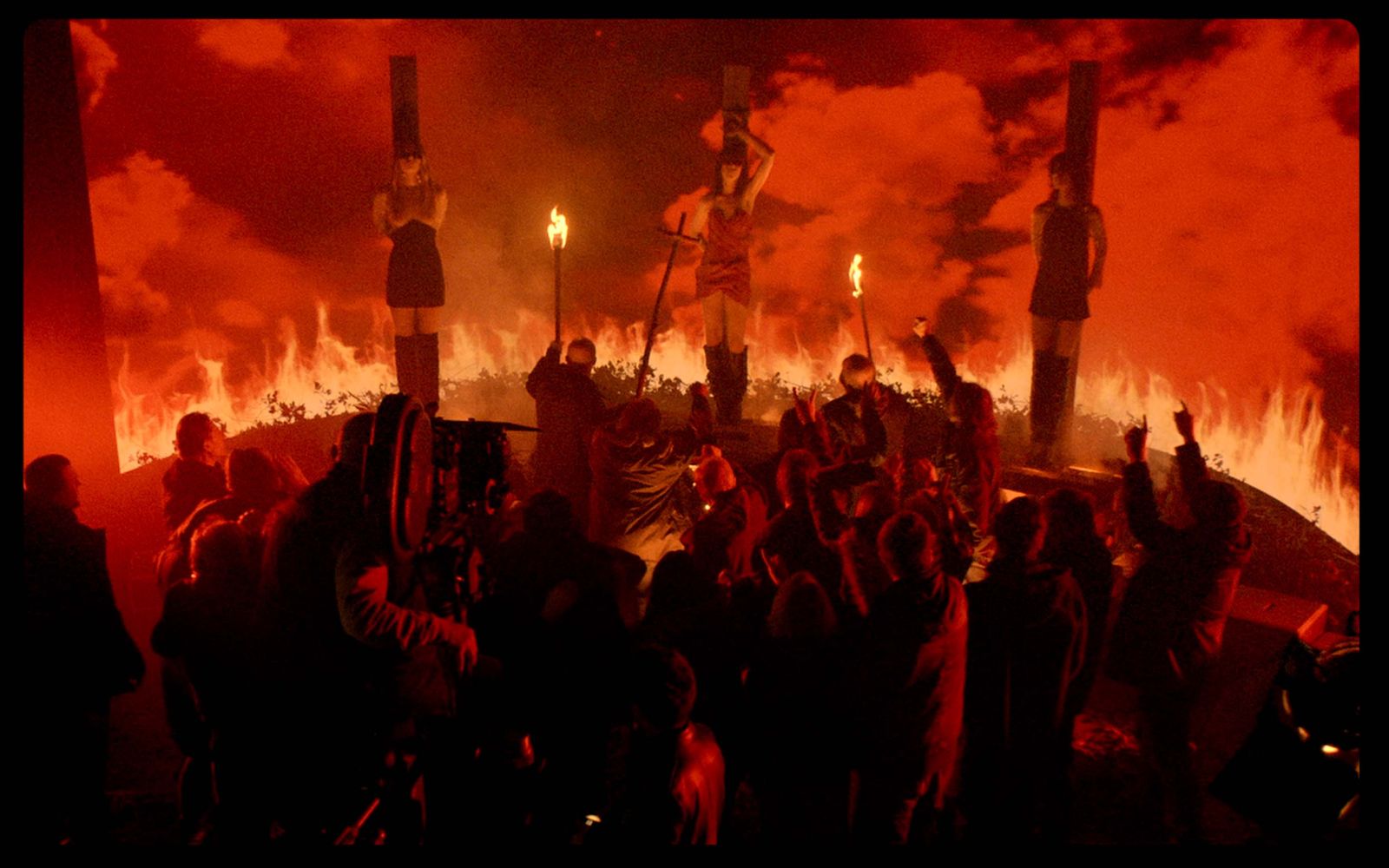 The season of Gaspar Noé is upon us. Following Climax, the director’s next two films are now set for back-to-back U.S. releases. Vortex, which premiered at Cannes Film Festival last year, will arrive at the end of the month with the goal to bring you to tears. Then just a week later, his medium-length film Lux Æterna, which also premiered at Cannes (but back in 2019), will arrive in the U.S. beginning at NYC’s Metrograph.

Ahead of the release, the new trailer has arrived for the film that stars Béatrice Dalle and Charlotte Gainsbourg on a film set, telling stories about witches. Technical problems and psychotic outbreaks gradually plunge the shoot into chaos, with a cast also including Abbey Lee, Karl Glusman, Claude-Emmanuelle Gajan-Maull, and Félix Maritaud.

Lux Æterna opens on May 6 at Metrograph and on May 13 in LA and will expand.