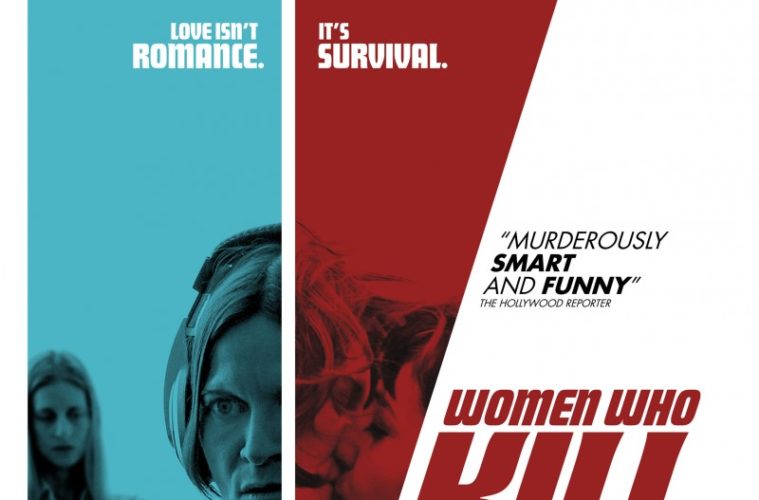 Morbid curiosities make for unusual romantic comedy fodder in Ingrid Jungermann’s perceptive and often very funny Women Who Kill. Set on the streets of Brooklyn, the film strikes the same self-obsessed, self-parody of the Park Slope lifestyle as seen in her web series The Slope (The show was also a training ground for another writer/director/star, Desiree Akhavan (Appropriate Behavior). Jungermann’s characters are a tad older than those in Akhavan’s film and have in large part resolved the kinds of issues they would have faced in there twenties. Now they are kind of, sort of ready to settle down, all while they find themselves organizing bachelorette parties involving steak and strippers.

Jungermann stars as Morgan, a commitment-phobic podcaster who spends her days partnered with ex-girlfriend and podcast co-host Jean (Ann Carr) interviewing women behind bars and debating who the hottest female serial killers in history were. Although no one quite knows what Elizabeth Bathory looks like, Morgan believes she belongs on the list.

At her local food co-op Morgan meets Simone (Sheila Vand), a mysterious young women who appears to have morbid curiosities all her own even if Morgan chooses to ignore the red flags. Her support system, including Jean and a softball team, find Simone’s fascination with the podcast and a shady past to be an issue. Morgan, flattered by the attention, chooses to ignore Simone’s quirks while Jean projects her own fears onto Simone. Meanwhile close friends can’t understand why Simone and Morgan still aren’t together.

Women Who Kill, if anything, announces the arrival of a new voice in New York indie filmmaking. While not quite as biting as Onur Tukel and having more restraint than Desiree Akhavan’s searching for personal identity in Appropriate Behavior, Jungermann infuses the anxieties and ironies of her surroundings. Embracing the Slope lifestyle, she refuses to patronize a corporate supermarket over the co-op even if means certain embarrassment or worse.

Arriving 19 years after Cheryl Duyne’s revolutionary The Watermelon Women (which purported to be the first feature film written and directed by an African American lesbian), Jungermann’s film also finds itself chronicling the same tension as that film’s B-story as she dates against type, causing a rift in her social circles. Weaving in thriller elements that are more restrained than those found in Turkel’s fims, Women Who Kill is a smart comedy about the fear of finding oneself vulnerable. In this case, Morgan will either find herself in a relationship (its own risk) or chopped up and thrown in a dumpster. Either way, when it comes to dating someone that hasn’t been vetted over a few years by your circle of friends, you just never know.