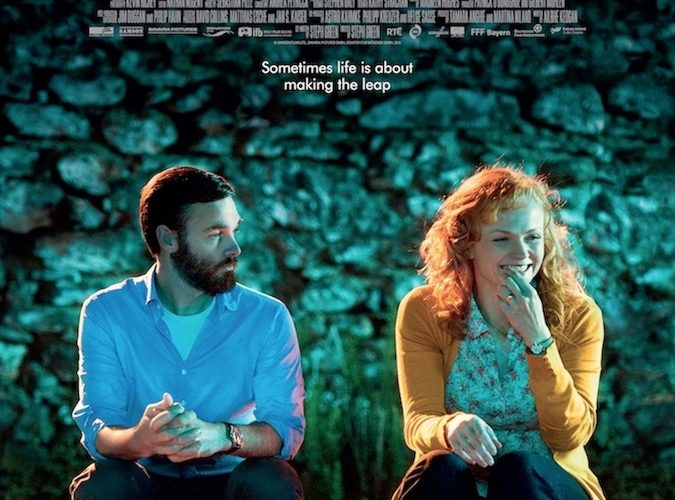 Steph Green’s Run & Jump is a film that will grow on you, slowly and subtly absorbing you into its world. With an observant structure, we are the third wheel in a tested marriage, following an American therapist, Ted (Will Forte) who arrives to a Ireland to document the recovery of Conor (Edward Macliam), a family man whose suffered a stroke. Maxine Peake, in a strong and nuanced performance, plays Conor’s wife Vanetia, balancing her duties to her husband and children, Steph (Ciara Gallagher) and Lenny (Brendan Morris), as the latter is having a rough time in his formative years of middle school.

First-time feature filmmaker Green has the brilliant ability to steer the story just steps away from a predictable love triangle. Written by Ailbhe Keogan and Green, the film explores multiple family dynamics, including Conor’s strained relationship with his own father Paddy (Michael Harding). Ted, placed in an uncomfortable position — broad, lonely and taken in by this family — steps out of his role of observer. Consider the film’s compositions, with its mostly tight framing and natural lighting, resulting in emotions that are as organic as the film’s structure. Shifting point of view, starting first with Ted (often using handheld video) we share his disorientation, as the first act is disjointed and a little frustrating. What we are rewarded with is something like a conversation. The more we overhear, the more we understand and the more we eventually sympathize. The perspective shifts amongst Conor (who carves a wooden hand to aid in his recovery — with limited speech and motor skills he works hard to rebuild his life) and the strong willed Vanetia, trapped in an uncomfortable position. The leads flawlessly deliver subtle performances, in what is a break-out dramatic role for the Saturday Night Live comedian.

Like Ted we grow attached to this family, making the departure that much more painful. Green has a brilliant way to resolving the story that so easily could have fell into the trenches of predictability. She has no interest in the artifice of “dramedy, “despite the film’s lighter moments. Run & Jump is a beautiful, smart and sophisticated drama that will easily be one of the highlights of the festival.

Run & Jump is currently screening at the Tribeca Film Festival.