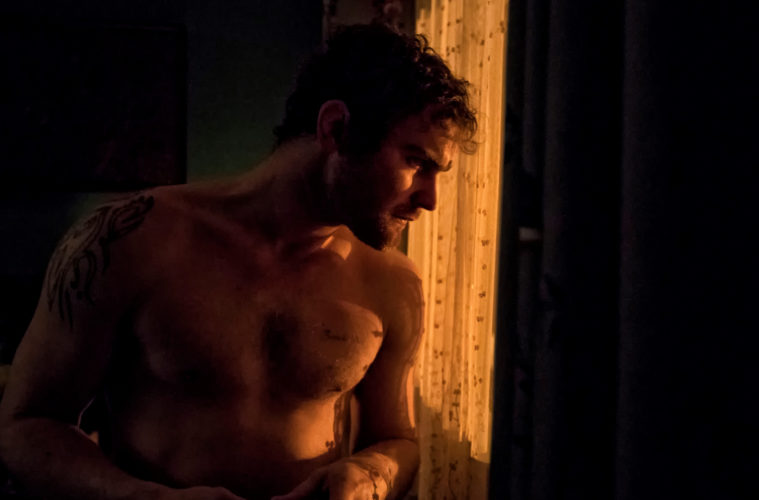 Tribeca Review: ‘Run’ is a Minor Yet Universal Ode to Emotions Captured Best by Springsteen

From the streets of Aberdeen, Scotland to Freehold, New Jersey the emotions are all the same: young men and women dream of abandoning the “suicide trap” of a small working-class town and running away for bigger and better things. Run–a Bruce Springsteen-infused drama set in a small manufacturing town in Scotland where street racers prowl the night–tells a minor yet affecting narrative centered around one night following fish filleter Finnie (Mark Stanley), who gets to relive his youth.

Married to Katie (Amy Manson), they are raising two sons, one of whom is a boxer by day/street fighter by night known as Kid (Andres Howard). He’s just found out he’s about to meet the same fate as Finnie. High school sweethearts Finnie and Katie are essentially older versions of Kid and his pregnant girlfriend Kelly (Marli Siu). This is about as Springsteen as it gets with working-class kids fearing they’ll become carbon copies of their parents in the same suburban neighborhoods. Finnie and Katie have matching “born to run tattoos” and one night away re-examining his life makes the former consider having his removed.

Written and directed by Mark Stanley, Run is a brief and minor drama filled with the promise of what might have been. Although, as Springsteen discusses both in his book Born to Run and his Broadway show, he ran away only to move a few miles down the road from his hometown. Somehow dreams get deferred. Nuanced and restrained, Run opts to externalize emotions in street racing as Finnie, after a fight with Katie, sneaks off with Kid’s sports car. Driving to the local pier-side bowling alley, he meets Kelly, spending the night drag racing in a loop around town witnessing all kinds of Springsteen-related imagery as they dash through a night owned by rebels and drunks. Sights include a man taped to a street light, girls stumbling home from the pub, and an exciting sequence where Finnie races the breakwater, violent waves that pound a protective wall.

Despite a certain poetry to the Scottish accents that require subtitles for the film’s festival run, Run hits familiar beats and is often too guarded, leaving us grasping for a little more than its 78-minute run time can provide. Influenced by a short shot in the same locations where Stanley grew up, his film suffers from the same trappings of many a short expanded to feature length without radically expanding the scope of the narrative. Still, Run is beautiful in its simplicity and occasionally maddeningly somber as it finds aesthetic wonder in the open road–even if that road is a loop around town.