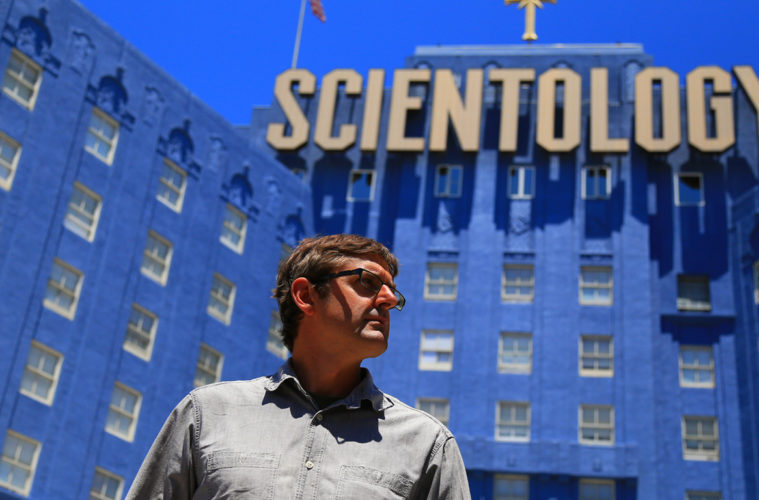 The central problem of making a film about secretive organizations and pyramid schemes like Scientology or Herbalife is that they can retain some control of the narrative by simply remaining quiet while intimidating SPs (Scientology’s term of Subversive Persons) from the sidelines. They should know better than to chase after BBC reporter Louis Theroux, perhaps best known in the U.S. for his show Weird Weekends. As a gonzo journalist, he’ll go to any lengths for his story, including making a cameo in a porn flick (he remained clothed). Sharing the same dry British sensibilities as Nick Broomfield, they both search for truth in the absurdity and make works that are intentionally and unintentionally hilarious as they attempt to explain what certain folks in power would prefer they didn’t.

For My Scientology Movie Theroux creates a kind of trap as he recruits actors for a scientology film “written” by famed Sea Org defector Mark Rathbun (you may remember him from Alex Gibney’s Going Clear). After casting an actor that successfully sells Rathbun on David Miscavige’s righteous rage, the quasi-film goes into production, complete with disciples who act out scenes depicting auditing, training, and “the hole,” an intimidation tactic the church claims does not exist.

The church first sends a strongly worded letter to his lawyers. Undeterred, he continues traveling to the edge of the organization’s Gold Base (home to its production studio) and uncovers barbed wire and other security measure. Katherine Frazer, a security guard and base commander of sorts, shows up, calling the sheriff for trespassing on what appears to be a public road (as it turns it out, it isn’t). In one sequence, Theroux attempts to deliver a letter to Miscavige who refuses to do interviews, preferring to control the message through slick infomercials and Oscar-style galas.

Following this incident, the scientologists show up at the studio with cameras and Theroux is happy to oblige, annoying a poor minion to the point where she accuses him of harassment in a funny sequence. Apparently she has not mastered Tone 40, a forceful way of conveying your message practiced in a mock sequence scripted by Rathbun.

My Scientology Movie is exactly what it promises to be: a personal journalistic rattrap that’s not quite as comprehensive as Gibney’s film. Directed by John Dower (who remains off camera), the film melds performative elements to create a kind of unintentional buddy comedy. As the opening credits suggest, the film was developed on social media as a simple inquiry that snowballed into a work of gonzo journalism, resulting in what could be considered an unintentional behind-the-scenes version of Gibney’s documentary. While Gibney inserts himself into his stories as a narrator, he retains distance required to maintain the authoritative tone of his work. Theroux is a citizen journalist who will go to great lengths for his inquiry; this presents friction later in the relationship in ways that I didn’t quite expect. A powerfully subversive picture, My Scientology Movie pushes back against the church’s attempt to control the narrative.

My Scientology Movie screened at the 2016 Tribeca Film Festival and opens on March 10th.