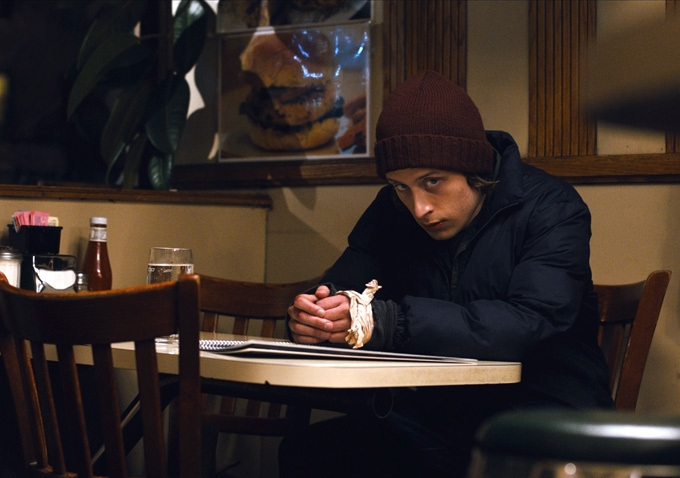 Opening in New London, CT, Lou Howe’s Gabriel begins with its title character (played by Rory Culkin) in search of his long-lost girlfriend Alice with the intent to propose to her. Instead, he encounters her former roommate (played by the criminally underused Louisa Krause) and after lying to her, he’s soon caught by his brother Matthew (David Call), a recent law school graduate in a long-term relationship. Gabriel, the “black sheep” of the family, is fresh out of a mental institution, and in a disturbing turn he pretends to commit suicide with a bread knife at dinner.

Set in the winter in mostly upstate New York, the drama tells a particular story that we too often see from places like the Sundance Labs. Perhaps they need to stop shaping content, because what they continue to churn out are a certain kind of independent film with identical pacing — here, it’s a dull tone that we’ve seen time and time again.

All and all, Gabriel is a film that takes on this material with an approach that is exactly what it is, ending on a rather predicable note. This is despite individual scenes which showcase some excellent performances, particularly Deirdre O’Connell as Gabriel’s mother; caring and loving, she shelters him for a good reason. Gabriel, in contrast to his brother Matthew, has unreal expectations, lying and running away. In a painful instance, Gabriel visits and attempts to steal from him grandmother. Howe is most in control of his character when he inserts himself within his head. Consider a rather elaborately shot and edited moment down the street from Gabriel’s grandmother’s Manhattan apartment. Recalling childhood, at a restaurant he chows down on the greasy dinner food, commending the chef, calling it the best hash browns in the world.

As a portrait of a character on the edge, Gabriel is, shall we say, a heck of a lot less interesting than Wendy & Lucy, featuring Michelle Williams as a young women on the edge of economic collapse, abandoned and on the run. Gabriel is a well-off trust fund kid under the rightful control of his loved ones. He’s not living on the edge in the “real world.” His rebellion is being “managed” even when he becomes too much for those that care about him, including the aforementioned Alice (Emily Meade). Breaking into her father’s resort estate, his rational for their relationship is as simple as a child’s.

The thing, according to Whit Stillman’s brilliant Barcelona, is that while people may not change, their context does. Gabriel watches, ponders and ultimately avoids an arc required to elegantly resolve the story.

Gabriel is now screening at the Tribeca Film Festival.