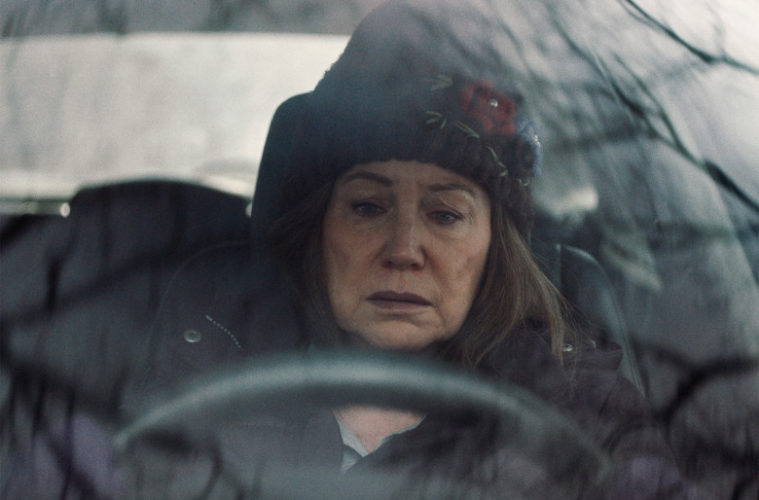 The narrative directorial debut of film scholar, curator, and documentary filmmaker Kent Jones elicits an awful lot of anticipation. Often, first features contain raw emotions and boundless pent-up ideas often toned down in future efforts. Diane, written and directed by Jones–known for his collaborations with Martin Scorsese, along with his previous theatrical feature which aimed to recapture the spirit of Hitchcock/Truffaut’s conversations by engaging with the best filmmakers working in contemporary cinema–is an observant and nuanced dramas which feels closer to the emotional truths of Kenneth Lonergan and Angus MacLachlan than the formal flair of Scorsese and Hitchcock.

The title character is masterfully played by Mary Kay Place as a widower who spends her time looking after dying her cousin Donna (Deirdre O’Connell) and hanging out with friends at discount buffets and dinners in a weathered Massachusetts. Her son Brian (Jake Lacy), an addict who is in and out of rehab, is another frequent concern of Diane’s. The film first finds him on the couch, making excuses for not wanting to find steady employment, not that one can in this small, dead-end town.

Motivated by the guilt of a past transgression, she feels the need to care for both Donna and Brian, even while keeping her distance from both on occasion. The film’s poignant second act concludes in a place we suspect Diane spent some of her youth, although we gather from clues she’s likely someone whose occasional lapses in judgment hurt more than one who constantly is unreliable. The film’s biggest heartbreak comes as Diana sits alone at a local pub where she’s known by the shaggy bartender as she gets drunk on margaritas and plays the jukebox. Diane is driven by heartbreak, tragedy, guilt, and disconnection as she reflects on her life, here after thinking she’s lost Brian to the unknown.

The film is classically restrained in its approach, a character study that devolves almost into satire as the tables are turned once Brian gets well, changing his relationship to Diane, much to her incredulity. The material is handled remarkably honest, with nuance and restraint from a well-versed figure who has taken his time to direct a mature portrait of the type of character we often don’t see on screen. While not breaking new narrative ground, it’s a confidently-directed picture, even surprisingly ambitious in later passages. It’s all carried by a stunning performance by Mary Kay Place, whose emotional journey is as profound as it is ambiguous as she remains steadfast in her ways despite coming full circle.

Diane premiered at the Tribeca Film Festival and opens on March 29.